What Happens When a UFC and Bellator Veteran Meets a Delusional Traditional Martial Artist? You Know the Rest… Watch the Footage Below…

The words ‘UFC veteran’ might not mean what they used to when you consider that the likes of Mike Jackson (no not the one whose music we’re being told not to listen to anymore) and CM Punk technically fall into this category. Nam Phan is definitely an interesting former fighter, whose career has taken a very strange twist.

Phan is a luminary of the Ultimate Fighter series. He controversially lost to Leonard Garcia in the finale of the Team GSP v Team Koscheck season back in 2010. This kicked off a run of 2 wins and 6 losses under the banner of the world’s biggest MMA promotion.

Since then he’s fought for the likes of Bellator and Pancrase. After a failed entry into boxing, he’s now taken to beating up old traditional martial artists, as you can see from the video below where he puts a battering on some deluded moron. 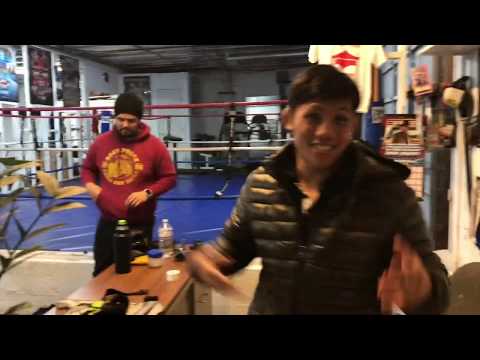 This ‘fight’ only lasts a couple of rounds but nobody really comes out of it looking very well. Nam Phan is noticeably much smaller than his older opponent and appears to struggle a little bit in the first round with the guy’s weight and size advantage. The ‘Kung Fu man’ isn’t even wearing gloves, unlike Nam Phan who is wearing standard MMA style mitts.

He walks forward towards the MMA fighter with his hands down and blasts leg kicks at his leg. It doesn’t really trouble the veteran that much and it’s possible that he just didn’t want to put him away too quickly.

When the end comes it’s pretty brutal. Phan decides to unload with his hands and they’re clinical. The other guy just isn’t capable of protecting himself properly against a seasoned MMA fighter who has fought at the highest level – even if he didn’t cover himself in glory when he was up there.

Nam Phan puts together a combination and drops his victim. The stricken opponent is given a lengthy standing count and is goaded into standing up and fighting again. It’s not really a good look for the former featherweight King of Pancrase champion. The dude is no match for him when he stands up again and is almost instantly dissected and put to sleep with vicious strikes. Play with fire and get burnt. 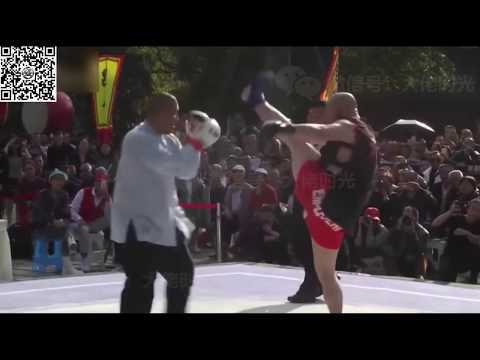 There are many benefits to practising a traditional martial art, and hey, you might even learn some useful self-defence techniques that could save your life against some attack by a thug on the street. But don’t be fooled into thinking that you’re capable of beating a professional.

“The Kung fu man was in his 50s and decided to try himself against the pro mma fighter Nam Phan,” wrote the uploader of the video. “The Vietnamese Kung Fu he practiced is called “Hong Gia”.”

Well, it didn’t work.  Of course, Nam Phan isn’t the first MMA fighter to put a beating on a self-professed Kung-Fu fighter. We’ve all heard of Xu Xiaodong aka Mad Dog, who gained infamy for battering Tai Chi and Kung Fu masters in China.

Salvador Sanchez - Jun 9, 2016 0
Martial arts legends Bruce Lee and Donnie Yen are widely credited as the greatest in their genre. It was Lee who really brought the...

Khabib Explains Why Conor McGregor Had to Tap Out Early