When it comes to freak show fights, look no further than the mid 2000’s. Back then everyone was in to these wild bouts of skewed matchmaking. Even the hardcore fans couldn’t help but watch.

To this day, the most watched MMA fight of all time is-? Sorry, no Conor McGregor or Ronda Rousey in this equation. The answer is Bob Sapp vs. Akebono Taro. Terrestrial views were through the roof, mainly because the bout took place in Japan, the home of freak show fights.

From Bob Sapp, to Giant Silva, Hong Man Choi & many others, we’ve seen some seriously crazy freak shows. Veryfew have the actual abilities of one Eric ‘Butterbean’ Esch, though. Primarily known for his boxing skills, Esch also fought in MMA and kickboxing.

One common trait with freak show fighters is a terrible record, Esch can not be grouped in with them in this category. Holding a 77-10 (58 KO) boxing record, Esch is the former IBA super heavyweight champion.

Butterbean vs Pudzianowski Video Below

First off we’ll take a look at one of Butterbean’s MMA fights, mainly because of how wildly popular it was in Poland. Facing former worlds strongest man Mariusz Pudzianowski on home soil, Esch was well past his best years when they fought in 2010.

You can watch the video on the Youtube player below:

Not wanting to bash Butterbean, because he’s actually a really nice guy, here’s a bit about him. Eric Esch is a legit force in the boxing world, and has also helped promote MMA on the regional, national and worldwide circuit. 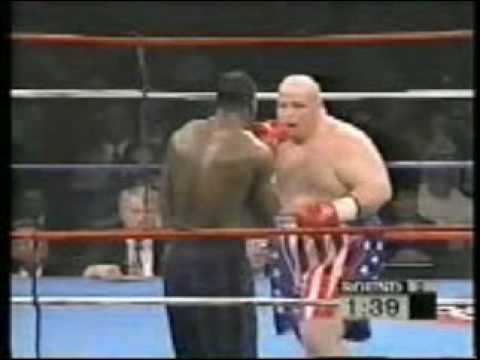 Salvador Sanchez - Jan 22, 2017 2
This isn't the first time Bellator has been accused of fixing fights... After an iconic career in mixed martial arts, Tito Ortiz returned for his...