When a top boxer has the fight to concentrate on, it eats up their life.

They train hard all day, sometimes for months in advance. They’re running, skipping, sparring, and lifting throughout the period before a fight, focusing everything on their effort to win. When the big night arrives, they’re in fine shape, ready to go to war with their opponent.

12 rounds later, if they’re lucky, it is all over, and the goal has been achieved. Some boxers then take time away from the training to relax and unwind ahead of the next fight, the next big focus. Those days, weeks, and months after a fight must feel like an anti-climax as if there’s a huge gap in their life that needs filling.

Still, fill it they must, and with money in their pocket and time on their hands, boxers unwind in any way they see fit. So, we’ve selected a handful of top boxers and delved into what sort of pastimes they indulge in when the cameras are turned off, and the gym is put on hold.

Joshua eagerly awaits his British rival, Tyson Fury, for a unification fight in the heavyweight division. He has lost just two fights –– a shock defeat to Andy Ruiz Jr. (which he quickly avenged), and perhaps an even more shocking loss to Oleksandr Usyk. He’ll be training furiously in the aftermath of those losses to get ready for the proposed bout with Fury. But along the way, there’ll be no harm in his indulging his hobby to break up his time. Joshua is a keen chess player, which shouldn’t cause him injury or a lack of fitness! He was even given a personalized chess set by Madison Square Gardens after the first Ruiz bout.

♟️ Anthony Joshua relaxing and playing chess with his friends/team in the aftermath of defeat to Andy Ruiz Jr. pic.twitter.com/0Uzia1GV2Z

Pacquiao, nicknamed PacMan, is one of the greatest professional boxers of all time, with 62 wins in 71 fights. He is best known to a worldwide audience for his super-fight with Floyd Mayweather Jr., with Insider reporting that the two remain rivals to this day. He has even been awarded a place on the Las Vegas Walk of Stars, though his hobby outside of boxing could have seen him in the City of Lights for another reason: He’s an avid poker player. He’s been known to frequent the tables in Vegas, and once even set up his own APT event. Pacquiao has also made admirers of Phil Ivey and Daniel Negreanu –– two men included on Poker.org’s greatest poker players of all time list. Both have tweeted in support of Pacquiao, though it’s unclear if the boxers ever crossed paths with them at the tables. Perhaps this is for the best, as he’s said to have once lost $100k on a single hand!

I will have no money on the #MayweatherPacquiao fight but I will be rooting for Manny Pacquiao with everything I got. I hope he crushes him.

Hungarian-born Bugner fought under the flags of Australia and Great Britain during a long career. He didn’t get off to the best of starts, losing his first fight in Mayfair in 1967, but he eventually reached the top, winning the British, Commonwealth, and EBU Heavyweight titles from Henry Cooper in 1973. There was little time between fights for him to indulge in his passion back then, but after a 1987 loss to Frank Bruno, he took a break to focus on his watercolor painting. Bugner is well known for picking up a paintbrush –– one of his many unusual hobbies. He even opened a vineyard in his adopted home of Australia in 1988 and was even fond of the discus, as he recounted a few years ago in an interview about the passing of Muhammad Ali. 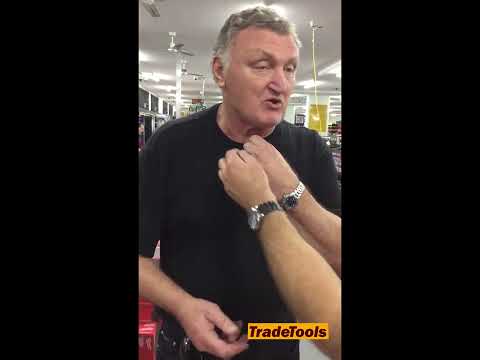 We’re sure there are plenty more hobbies out there among professional boxers. But the examples above show that as much as these men prioritize training, they also take time for their own personal interests. It makes these athletes a bit less one-dimensional and is worth remembering for fans of the sport.

10 Most Intimidating MMA Fighters Ever

Darren - Jul 4, 2019 0
Who Are The Most Intimidating MMA Fighters Ever? Check Out the List Below to Find Out... There are many different types of fighters. Some are...

A look ahead Terence Crawford vs Kell Brook (INTENSE! Staredown)

The Top 10 Latest Finishes In UFC History Are All Amazing