Here we have giant women Gabi Garcia and Lei’d Tapa who fought at the Rizin FF New Years Eve 2015 show. Garcia, a 200+ pound Jiu Jitsu champion, is considered the largest (weight/height) female MMA fighter on the planet. This was her MMA debut. 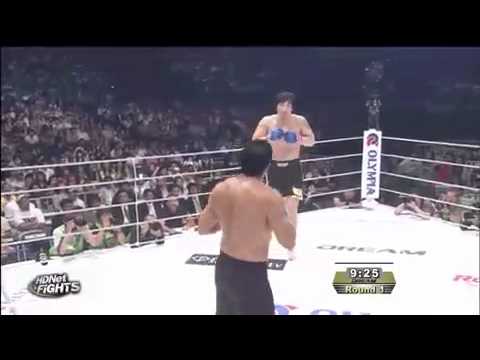 Last but by no means least is the highly controversial fight between street fighter Kimbo Slice and UFC/MMA legend Ken Shamrock. What a weird fight.