Who Are the Best Female Fighters in the History of MMA? Keep on Reading to Find Out…

Women’s MMA hasn’t been around all that long but it has still produced some tremendous athletes. The quality of the sport continues to improve with young fighters like Tatiana Suarez and Jessica Andrade driving the sport to a new level.

While the game continues to evolve, there have been stand-out fighters throughout the different mini-eras of women’s MMA. Today we’re going to look at the best female MMA fighters of all time. Some big names to miss out include Holly Holm, Jennifer Maia and Claudia Gadelha.

Before you guys start saying that Ronda Rousey is overrated and got crushed by Holm’s big toe, we’ve got one major caveat. We’re selecting fighters based on dominance during their era. Enjoy the list below. 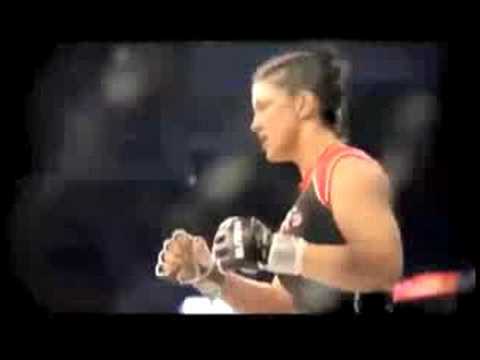 Before Ronda Rousey there was Gina Carano. In Brendan Schaub’s words, she’s the hottest female MMA fighter of all time, but when it comes to skill she definitely had that too. Would she be as effective in the modern era? That’s hard to say but she did have a win over Tonya Evinger, so it’s very possible.

Carano was dominant during her era though and because of that, her place on this list shouldn’t be questioned. She also played a massive part in popularizing what was a very niche sport at the time. Her only loss was to Cris Cyborg. Fair enough.

Atilano Diaz - Dec 12, 2016 0
Not everyone can do MMA as four guys found out the hard way. For internet trolls, it has always been easier said than done. Most...

Gross! Watch UFC Fighter’s Testicle Pop Out Of His Eye During...