Combat sports are unforgiving and MMA is the most challenging. There are so many dimensions to the game that fighters will seek out every advantage they can to get, even if it means resorting to the dark arts. Losing means you only get half your money. Some fighters just can’t afford that.

It’s very difficult to get away with cheating in MMA. The referee is always watching closely, but eye gouging, groin shorts, grabbing the cage, holding the opponent’s gloves are just some of the easy ways to break the rules. You can be even more creative. Ask Yoel Romero.

Here are ten times that fighters got away with cheating in MMA. Enjoy.

One of the most old-school forms of cheating on this list, Daniel Cormier managed to avoid losing 20% of his fight purse against Anthony ‘Rumble’ Johnson. It was very clever of the visibly gaunt fighter. He stepped onto the scale with 206.2 lbs. He was given an hour to cut the remaining weight.

Two minutes later he came back out and stood on the scales again. This time he made the limit of 205lbs. Magic right? Not quite, he stood with his hands pushing down on the towel in front of him, taking away some of his weight.

If you want to talk about the benefits of cheating, just ask Dutch fighter Germaine De Randamie. She very controversially got a win over Holly Holm to become the UFC’s first-ever women’s first-ever female featherweight champion.

When the bell rings at the end of the round you’re supposed to stop right? Well, not if you’re De Randamie. She hit Holm not once but twice after the second and third rounds. If she had of been docked points as the rules state, then she would have lost the fight which would eventually go her way by decision.

Silva fought Chael Sonnen at UFC 148 back in 2012. It was a much-anticipated fight but there was some controversy as the Brazilian fighter engaged in some dubious antics. Sonnen is well-known for his wrestling while Silva is more noted for his striking. To counteract Sonnen’s dominance on the ground, Silva used a sly tactic.

He grabbed Sonnen’s shorts multiple times getting a verbal warning from referee Yves Lavigne to stop the takedown. It was a blatant foul but he got away with it and went on to win. 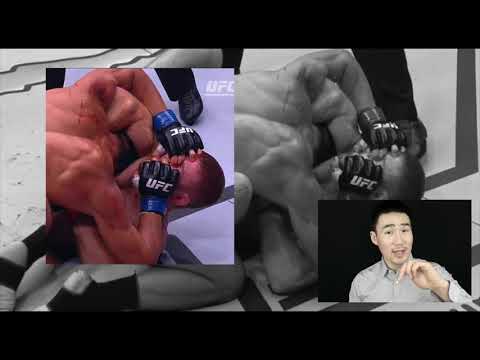 Chinese fighter Li Jingliang is pretty much guaranteed to fight on any card in Asia that the promotion puts on. The all-action welterweight is a violent customer and he’s definitely not afraid to resort to the dark arts if necessary. Case in point when he fought Jake Matthews in Australia at UFC 221.

Matthews had ‘The Leech’ in a guillotine and was sinking it in when the Chinese fighter decided to stick his fingers in his Ozzie opponent’s eyes to break free. The eye gouge was so blatant but it worked and Matthews let go. Referee Lee Simpson took no action despite Jingliang almost blinding Matthews. Justice was served when Matthews won the fight. 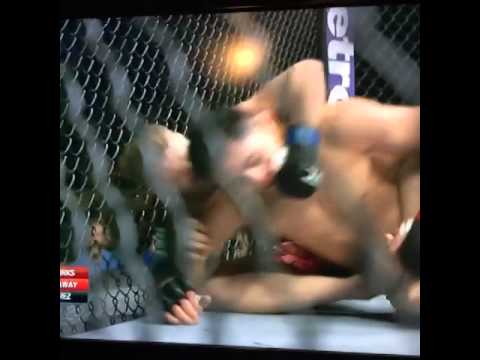 One of the rarer fouls in the sport, Bryan Caraway used a fishhook against Erik Perez at UFC Fight Night 42. Usually, the referee will do something about it but he didn’t even see it. He shoved his hand in Perez’s mouth as he tried to choke his opponent out.

There was a backlash after the fight because in the next round Caraway did get the choke in. He tried to pretend that the first round fish hook was an accident but we know that it really wasn’t. 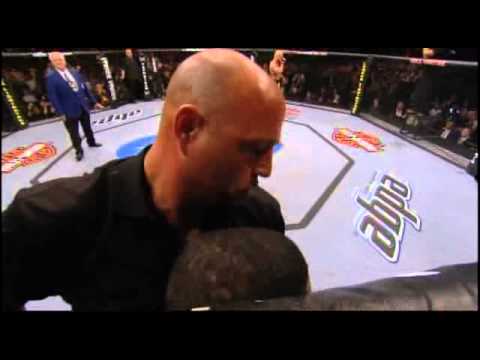 It is totally illegal to knee a downed opponent as Greg Hardy found out. Anthony Johnson did that to Josh Koscheck at UFC 106, but it turned down he pretended to take the knee on the ground and had gouged Johnson in the eye. He’d go on to win by rear-naked choke.

He’d do the same sly manoeuvre against Paul Daley at UFC 113. He faked taking a knee on the ground from Semtex, who was furious at the end of the match and attacked Koscheck. Daley would be sacked by the promotion and Koscheck got off scot-free for his slimy cheating.

Stoolgate. Yoel Romero had just taken a rare battering by Tim Kennedy when the first round ended at UFC 178. He went back to his stool with a cut over his eye. It was time to start the second round but Romero still wasn’t ready to come back out.

Referee John McCarthy was concerned about the amount of vaseline on the Cuban fighter and Romero stayed on his stool recovering while Kennedy was throwing his hands in the air in disgust. Romero would go on to knock his American opponent out a few minutes later.

Jose Aldo remains the greatest lightweight of all time, but Chad Mendes pushed him close. Mendes is known for his wrestling and tried to take him down in the first round. However, Aldo managed to counter it by totally illegally grabbing the fence and stopping it from happening.

Imagine if Mendes did get him down and managed to beat him? So many things in MMA today could be different. But anyway, Aldo got away scot-free. 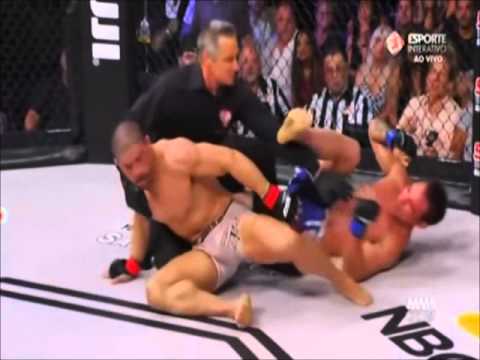 The Brazilian is well known for being a dirty fighter. He was fired by the UFC after holding a heel hook for too long on Mike Pearse and never learnt his lesson. He was also stripped of his WSOF welterweight title for holding a submission too long against Jake Shields.

That’s not why he’s on this list though. Nope, it’s because at WSOF 22 he raked Shields’s eyes multiple times and there were no consequences for his actions. Shields was dominating with his wrestling. Palhares used his fingers to try and move Shields away. The referee gave two warnings but did nothing about it. Shields was furious and unable to see after the fight.

Jon Jones is one of the best fighters on the planet. He’s also notorious for his use of the dark arts in almost every fight he’s involved in. Known for his incredibly long reach, the sheer number of his fouls put him on top of this list. He argues that it’s not his fault, he’s just trying to fight range.

Apart from the 12/6 elbow that caused him to ‘lose’ to Matt Hammill, he’s never lost because of using illegal techniques like eye-gouging. A master of the dark arts. We’re not even going to talk about his drug tests.

Salvador Sanchez - May 18, 2017 0
History in the making folks, McGregor and UFC Dana White have confirmed it... Since late 2015 we've been seeing Floyd Mayweather and Conor McGregor talk...

WATCH: Ginger Crackhead Conor McGregor Was Hiding From Me