Edmond Tarverdyan has been a lot more active in the media this week. Problem is, coach Edmond ain’t doing himself any favors with what he’s saying…

Holly Holm was the underdog to dethrone Rousey, using a brutal head kick to eventually crumble the Judo specialist. After that, it was chaos as the MMA world erupted in reaction. Rousey wasn’t done quite yet, and there was more to the story than just her part.

Coaching Rousey through her entire MMA career was a relatively unknown Armenian striking coach. Edmond Tarverdyan was his name and he would soon become the most infamous coach in MMA history.

Claiming he was a WBC Muay Thai champion, Wing Chun master, and boxer, Edmond’s credentials were put under the spotlight after Rousey’s first loss.

After Rousey came back and got demolished at UFC 207, it was clear that coach Edmond had done nothing to improve her striking arsenal. If anything he’d made it much, much worse than before.

With Rousey essentially retired and off to WWE, Edmond’s startling claims this week have the MMA world in stitches. Perhaps even funnier is the video filmed by Fight Hype, showing coach Edmond talking about handling Paulie Malignaggi in a sparring session: 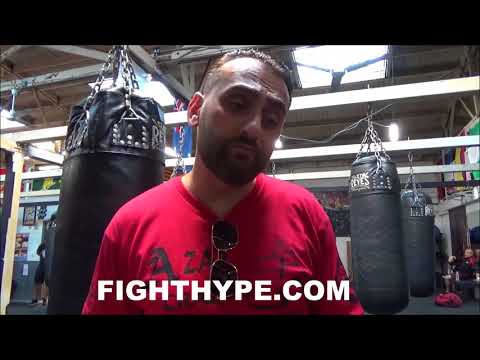 “You know I sparred with Paulie Malignaggi. I’ve been boxing all my life so it was fine. I wasn’t in shape but I jumped in and sparred with (Paulie). He was training for that Russian guy, Shevchenko, and his sparring partner didn’t show up so I helped out.”

“Paulie isn’t a power puncher so I was able to take his shots. We sparred four rounds.”

Really Edmond? Just in case you were wondering, this is the same delusional guy who said he could beat 10-year featherweight champion Jose Aldo in a mixed martial arts contest.

“That’s the one. I want that fight. When I trained Ronda, I know Ronda could beat Cyborg. I know that. Cyborg is too slow,” said Tarverdyan.

“I don’t know. We’ll live and we’ll see. If injuries weren’t there and everything was where it was, we would take that fight and I’m telling you she’s too slow for us. And Ronda will beat her. Ronda needs a challenge that she really needs to be like this person is no good and I need to prove something to the whole world. That’s how Ronda works good.”

Kyrie Mattos - May 17, 2022 0
If you are new to playing online slots, then you may not know how lucky you are. You can play slots anywhere and anytime...

MMA Fighter Pukes Up Then Kisses The Interviewer