Although one of the most talented MMA fighters to ever grace the planet, Jon Jones is also a troubled man. Sadly, having fallen from grace many times now, the cautionary tale of Jon Jones is engrained in MMA lore.

Before his title reign began in 2011, Jones purveyed a good Christian image. Few believed it, though, and in 2012 the cracks began to show. During a crazy night, Jones’ future came into question just one year after gaining the belt.

Crashing his Bentley into a telegraph pole while under the influence, ‘Bones’ gave a glimpse into his controversial future. Shattering the light-heavyweight title defense record, Jones went unbeaten until he essentially KO’d himself.

During a highly publicized car wreck in 2015, Jones fled the scene leaving a pregnant woman injured. Unceremoniously stripped, Jones had finally reaped what he sowed. The rollercoaster ride was far from over.

Failing a drug test before UFC 200 meant Jones’ big return was again delayed. He looked deflated in beating Ovince St-Preux for the interim belt, which was later stripped from Jones following the UFC 200 doping fail.

Third time lucky? Not so much, although Jones decimated Daniel Cormier in their rematch at UFC 214, he was again dethroned after a failed drug test. This time it was turinabol, an anabolic steroid.

Who knows what the future holds for Jones now, potentially a four-year ban is incoming. According to UFC president Dana White, the lure of money and fame was just too much pressure for ‘Bones.’ 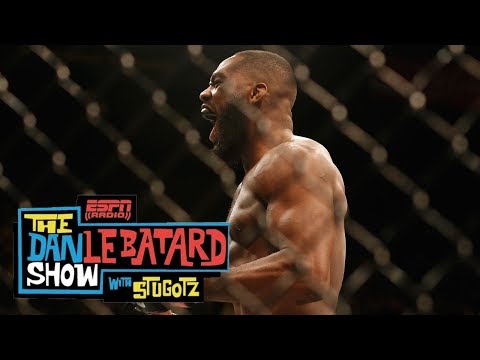 “He’d also go down in history as probably the greatest ever and if nothing ever happened he’d probably be fighting at heavyweight right now and who knows what could have happened? I’m in a business where when the fame happens and the money. You have to understand the crazy type of money that comes into the fight business instantly.”

“Jon Jones came in and just started making millions of dollars immediately and he was like 24 years old. And you can go back to interviews of me saying that’s great, he’s talented enough to win the belt. Can he handle the pressure and all the stuff that goes along with being a world champion? With being famous? With being rich? And that question got answered.”

There is a slim chance that ‘Bones’ might get off free of charges. In reality, though, being stripped of a title twice and failing two drug tests is a hard hit to come back from. If Jones truly is the resilient champion he claims to be, perhaps he can rebound.

One thing is absolutely certain, the future of one fo the greatest athletes ever is now in the hands of USADA, again.

Gentleman Jeff - Aug 8, 2017 0
Nick Diaz and USADA aren't seeing eye-to-eye on this one... Nick Diaz has been placed on provisional suspension and is facing further sanctions based on...

The Sound From This Brutal Head Kick Shocked The Ringside Commentators

Joe Rogan Admits He Was Wrong About Ronda Rousey