Up until a few months ago, Cris Cyborg was the best female MMA fighter on the planet. Then she literally ran into Amanda Nunes’s fists and got knocked out for the first time in the career. Now she’s a free agent after fighting out her contract and failing to agree on new terms with the UFC.

The former Women’s featherweight champion has had a very tense relationship with the UFC and especially the company president Dana White. She’s been insulted and lied to by the promotion when all she wants is a rematch against ‘The Lionness.”

Now White has released a statement, basically telling Cyborg to shut the door on her way out. He’s reacting after alleged doctored footage went viral of him talking to the Brazilian MMA legend. It looks like we’ll never see her fight for the UFC again. 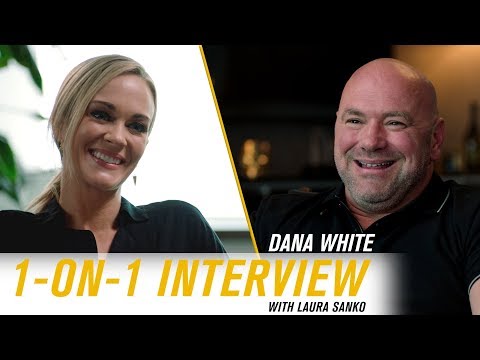 White couldn’t be any clearer about Cyborg’s future with the organisation. Basically, she doesn’t have one. Her relationship with the UFC is irreparable. On Friday he released an interview explaining the situation:

“All this other bulls—t she’s putting out there, again, to avoid fighting Amanda Nunes. Message received, I get it. I’m going to release her from her contract. I will not match any offers. She is free and clear to go to Bellator or any of these other organizations and fight these easy fights that she wants. Done. Done deal,” White said on Friday.

“I will literally today have my lawyer draft a letter to her team that she is free and clear to go wherever she wants. We’re out of the Cyborg business.”

The interview is much too long to quote, so watch it if you want to hear the full thing, but he went into detail about calling her the female Wanderlei, and how his words were taken out of context in recent reports.

“First of all, I don’t have this horrible relationship with Cyborg,” White explained. “Things were said before she came into the UFC but I think we’ve covered that and her and I have put that type of stuff behind us but the stuff that’s being said now and I was in the gym yesterday and “Outside the Lines” story was absolutely ridiculous.

“Completely taken out of context.”

The UFC boss also insists that he’s not a bully and has been nothing but fair in his dealings with the former champion. Of course, that’s not what she says. The truth is probably somewhere in the middle.

“I never came out and bullied or said anything about Cyborg,” White said. “I was asked a question by the media. So now for hacks to throw up a 15-second clip of me saying that is taken completely out of context and we talked about this, Cyborg and I, before she came in the UFC. Let’s not forget, we signed her in 2015 to a deal with Invicta and then brought her into the UFC in 2015. It’s 2019. What is this narrative? Where is this coming from? It’s an absolute smokescreen to not fight Amanda Nunes.”

“I don’t hate Cyborg and I’m not trying to destroy Cyborg, all this craziness that she’s talking,” White said. “Do you know how many fighters I’ve dealt with over the years, people that I really didn’t like like Tito [Ortiz]? Tito doesn’t like me and I don’t like Tito and we haven’t and we didn’t but we still got fights done. We still did business.”

5 Popular Life Hacks on How to Combine Study and Sports

Five Examples Of Dana White Being A Complete Tool