UFC President, Dana White was not happy watching Kevin Holland’s losing performance against Derek Brunson. In a livestream by Khabib, it showed White telling Khabib, “I could not watch it anymore, see you at the back”.

White may have been disappointed with the performance since Holland had a fantastic run prior to this fight. He was a star in the making but he did not show the urgency to win the fight that may have led White not being able to watch the remainder of the fight. Another thing was the last takedown was the final nail that pretty much guaranteed a safe win.

Even White went on to ESPN, to market Holland as a great prospect to watch. He said that Holland had a great year for 2020 and to keep on eye on his next performance. Unfortunately, Brunson may have been to much for Holland. 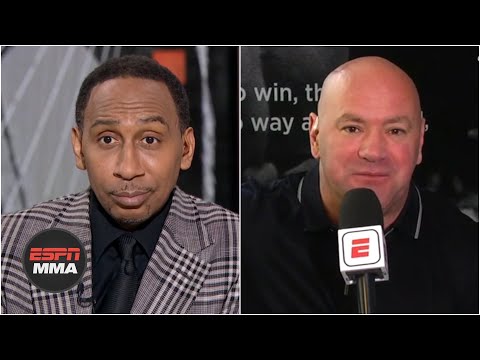 Boxing Analyst Teddy Atlas, also shared his thoughts on Holland’s performance. He said that it could possibly a defense mechanism to cover up or maybe Holland just did not care of winning the fight.

Human nature is complex+ smart. Everyone feels pressure&doubt, different ways to deal with it. Conference can be deceiving. Act like u don’t care, maybe it’s protective device. Lose, it’s not that ur not good enough. U just didn’t care. Might be part of story tonight. #UFCVegas22 https://t.co/eHSskFwW60

Whichever the case may be, One thing for sure is, Holland would have preferred to win rather than lose. It is what it is and Holland still has a lot of room for improvement and not to take away how elite Derek Brunson is for the division. Even Khabib gave credit to Brunson’s wrestling, saying that it is high-level.

Although Holland also indicates that he might move down and try the welterweight division. Not sure it would be wise to fight at the wrestling oriented division that consists of guys like Usman, Covington and even Chimaev.

After the loss, Holland still vows to not stop talking. That is just who he is, he chooses to enjoy the moment rather than be under the pressure. Winning or losing in the match, he always opens his mouth hence the nickname “big mouth”. Just a minor setback for Holland, he still has a lot of potential.