At the time of this writing there is just 46 sleeps left until UFC 205. The tag-line the company is using for the show “Can’t Wait”, really does apply; there is so much to look forward to on this show.

We are starting to see the UFC put on more super-shows, with multiple title fights and multiple big names booked on the card. Every time the UFC does this something monumental happens. The only question is what will be the most monumental thing to occur at UFC 205?

For some fighters this night will be the greatest of their careers, for others the worst. The fun is finding out who is who.

Tyron Woodley is a fun fighter to watch, and anyone who can knock out Robbie Lawler throws a mean punch. The only problem here is that Woodley is never going to get close to Thompson; not like he did with Lawler, and not close enough to end the fight.

If you want proof of how good Wonderboy is, go back and watch his fight with Rory MacDonald at UFC Fight Night 89. MacDonald is a lifelong martial artist training out of TriStar and he could never get near Wonderboy. Speaking of Rory MacDonald, he defeated Tyron Woodley at UFC 174. MMA math then concludes Wonderboy should beat Woodley.

Tyron Woodley is good, but Stephen “Wonderboy” Thompson is the future king of the division. Unless Georges St. Pierre comes back for his crown that is. 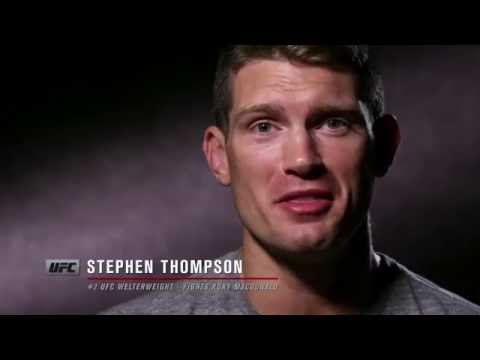 Salvador Sanchez - Mar 3, 2017 0
That's some Mark Hunt level stuff... Sumo is perhaps one of the most underrated martial arts today. Maybe because it's essentially used exclusively in it's...