After UFC 196 everyone forgot how good Conor McGregor actually is. We are talking about a guy who knocked out Jose Aldo in 13 seconds. Jose Aldo is the only other featherweight champion in the history of the UFC. He defended his belt 7 times, and twice more when it was the WEC belt. Then, in just 13 seconds, Conor McGregor made him seem like he didn’t even matter.

Eddie Alvarez isn’t going to beat Conor. Alvarez couldn’t beat Aldo. He’s good but he’s not that good. He’s about as good as Michael Chandler and Donald Cerrone, the last two guys to beat him. Conor is better than all of them.

The real question is if Conor can knock him out, which is something that hasn’t happened in almost a decade. The first and only time someone knocked out Alvarez was Nick Thompson in a 2007 BoDog Fights event. With that being said however, nobody had knocked out Aldo before Conor did it. 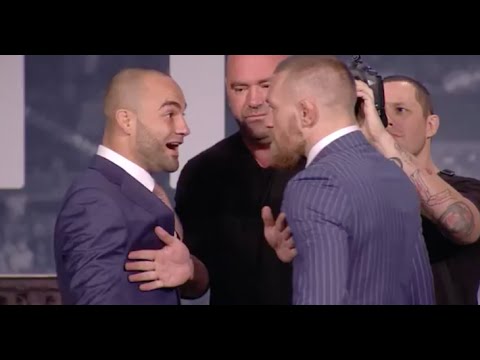 Salvador Sanchez - Jan 6, 2017 0
Disturbing reports are coming out of Russia today... UFC lightweight champion Conor McGregor's fame is undeniable. After a four-year run in the UFC, McGregor has...

Colby Covington Tears Into ‘Delusional’ Diaz Brothers… And He Has a...

WATCH: James Gallagher is Back With First Round Submission Victory