Dana White was never a very big fan of Steve Mazzagatti, but shortly after Mazzagatti was slow to stop a fight at a World Series of Fighting event, White ripped into the often-criticized referee in a rant that went on for nearly 10 minutes.

Reporters needed only to ensure their cameras were recording and Dana wrote the story for them.

In addition to allowing Josh Burkman to hold onto a choke longer than he should have against Jon Fitch, Mazzagatti has been responsible for other refereeing fiascos such as: taking a point from Brock Lesnar for hitting Mir in the back of the head without first giving a warning, disqualifying Jon Jones for 12-6 elbows on Matt Hamill, and allowing Kevin Burns to poke Anthony Johnson in the eyes as often as he wanted to. 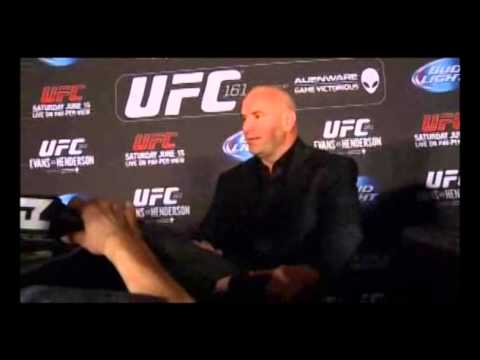 Top Five Barbershop Fights That Got Out Of Control