UFC President Dana White and broadcast analyst Joe Rogan may not always see eye to eye. But that doesn’t mean they will ever settle their differences inside the Octagon.

For one, White is Rogan’s employer. And you can’t just smack your boss upside the head, no matter how much of a pain they are. Rogan has been with the UFC since nearly the beginning and so has White. They have been working together for years.

White is a big boxing guy, apparently and does know how to lay hands on someone should the going get rough. Rogan is of course well-versed in Taekwondo and jiu-jitsu. The fight would be competitive at the very least.

Should they ever decide to lace up their gloves and settle the score mano-a-mano, then the Octagon would be the ideal place they would do it. As the UFC moves away from being a sport to more of a sports-entertainment business model. Celebrity fights like these could become a possibility.

If Rogan and White met each other inside the Octagon, there is no doubt fans would pay to watch. That’s a given. You can lay it rest however, because it’s probably never going to happen.

But let’s flashback to a time when White actually talked about this fight happening.

On an episode of the Dan Patrick Show, White is quoted as saying he would never fight Rogan, ever. In fact, he would very much like to avoid a fight at all costs. 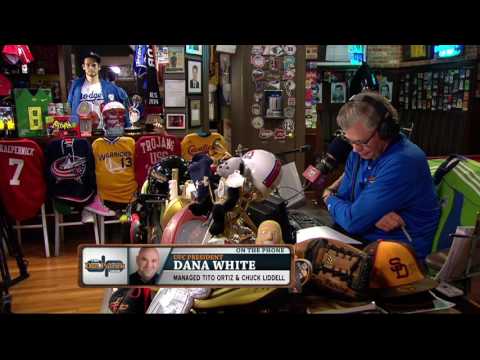 But White Wants No Part of Rogan at All

White knows Rogan would probably crush him within seconds, so at least he’s staying true to himself. Rogan, it appears, is a true badass.

“Joe Rogan is a very well-rounded guy,” White said. “He was a taekwondo champion, and he’s a black belt in Brazilian jiu-jitsu. I would not like to fight Joe Rogan. No, I’m good with that.”

So at the very least, we know White would never even attempt to throw down with Rogan. Apparently, fear is definitely a factor for him.

Nick Diaz is Coming Back… But Who Should He Fight?

Darren - Sep 1, 2018 0
The Elder Diaz Brother is Officially Returning to The UFC... Who Should Welcome Him Back to Action?  Well, that turned out to be a whole...

Floyd Mayweather Has Signed The Contract For Conor McGregor Clash