World famous boxing coach Freddie Roach took another took at the Conor McGregor vs. Jose Aldo fight video, and had a simple explanation as to why the Brazilian lost…

UFC featherweight champion Conor McGregor is riding high in his mixed martial arts career right now. Everything he touches turns to gold, except for his opponents chins, which has frequently ended in them taking a nap on the canvas.

His most famous knockout so far came at UFC 194, where he one punched the only ever UFC featherweight champion to that point, Jose Aldo. The finish has become one of the most replayed highlight reel knockouts of all time.

The 13-second KO by ‘The Notorious’ has been massively debated in the time since the December 13 event, with many other fighters and pundits giving varying reasons for the fight’s result.

World famous boxing coach Freddie Roach spoke with Fight Hub TV to give his take, and he believes it was a rookie mistake by Aldo: 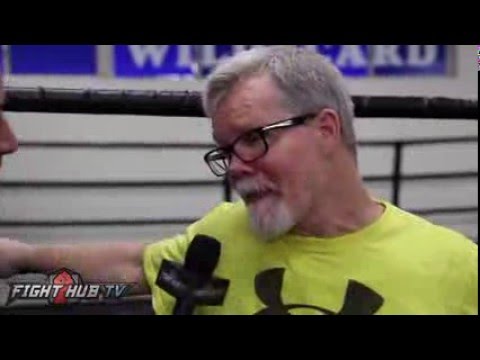 It most certainly was a big mistake to leave the chin out there for McGregor to hit, but do you agree with Roach here? Is Aldo ‘inexperienced’ in the stand up department compared to Conor McGregor?

But like Freddie Roach said, McGregor hasn’t been wrong yet, and he continues to knock fools out cold in the UFC octagon.

Skip to page 2 for the McGregor vs. Aldo full fight video, and the reaction from Aldo’s corner at the exact moment of the finish…