Gruesome Ones Worth Another Watch by Adam Sylva

On April 30, 2011 the UFC featherweight champion Jose Aldo Jr. defended his title against top contender Mark Hominick. The challenger was steadfast and was really determined to leave everything he had in the cage that night. Although Hominick was unsuccessful in his attempt to win the title, he did leave the cage with the UFC’s largest haematoma.

The UFC featherweight champion Jose Aldo used his arsenal of knees, elbows and jabs from the very opening bell. The defending champion walked forward with a slight lean to the left and right while he peppered away at Hominick for 5 solid rounds. Fans really started to notice a slight bump on the forehead of Mark Hominick after a heavy elbow that was thrown by the champion at the beginning of the third round.

What started out looking like a bump quickly escalated into the largest haematoma any UFC fighter has ever had. Everyone in attendance as well as the fans watching at home all shared the thought that any and every punch was going to be the one to cause the haematoma to burst. The swelling caused for squeamish viewers to look away as Aldo began taking the challenger down and assaulting him with elbows and looping overhands from the top position.

Both fighters really had their share of offense during the fight and although Aldo seemed much more gassed at the end, his assault on the forehead of the challenger really sent a message to the judges on who should have won the decision. At the end of five rounds, Jose Aldo successfully defended his crown when he received a unanimous decision victory. 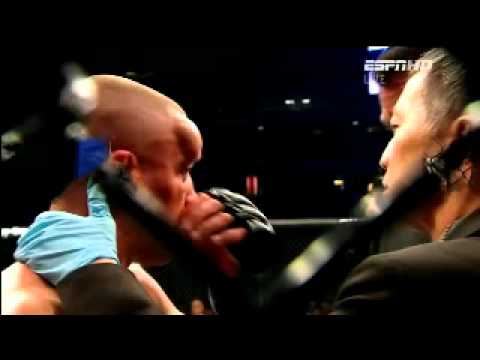 Darren - Jan 6, 2020 0
Why is Conor McGregor fighting again? He has made his money and appears to have no good reason to risk his health. However, his...

The Staggering Money Floyd Mayweather & Conor McGregor Will Make Per...