It’s been a tough year for the UFC, as far as pay-per-view buys are concerned. The world’s premier Mixed Martial Arts promotion, which sold to WME-IMG infamously in 2016 for US $4.3-billion, hasn’t really shown its upward trend in the past twelve months. Recent numbers for UFC 215: Nunes vs Shevchenko 2 and UFC 216: Ferguson vs Lee haven’t been promising either.

The UFC’s biggest stars are absent from the spotlight

One of the most significant reasons for the UFC’s PPV numbers dive is because its biggest and most marketable stars are nowhere to be found.

“The Notorious” Conor McGregor, arguably the most popular draw in MMA history, hasn’t been anywhere near an Octagon in 2017. He fought boxing legend Floyd “Money” Mayweather in early September, a highly-anticipated boxing match, but it wasn’t on a UFC card. Instead, it was promoted by Mayweather himself.

Former UFC light heavyweight Jon “Bones” Jones, another bankable star in his own right, just can’t seem to get his life together. Jones recently tested positive for steroid metabolites following his victory over Daniel Cormier at UFC 214. The United States Anti-Doping Agency (USADA) is still pending an investigation on Jones. Although at this point, it’s unclear what kind of impact it will have on Jones’ career should he be suspended again.

So with an absence of Dana White’s biggest money-makers, it comes as no surprise that pay-per-view digits are crashing. 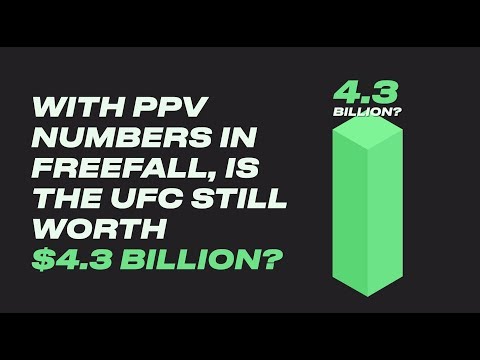 The return of Georges St-Pierre

UFC 217 however, appears promising. The much-anticipated return of former UFC welterweight legend Georges “Rush” St-Pierre is imminent. He faces UFC middleweight champion Michael “The Count” Bisping in just a few weeks after not having competed professionally since 2013.

But the UFC regaining one of its biggest names all depends on what kind of shape St-Pierre comes back in. If he can return to his former dominance, then it shouldn’t be a stretch to say he’ll soon lead PPV numbers once again. That is of course, until McGregor returns to action. Then again, a St-Pierre vs McGregor showdown would be absolutely massive.

So what do you think folks? Do you think UFC 217 will do better than UFC 215 and UFC 216? Take a look at the complete fight card below and gauge for yourself.

Salvador Sanchez - Apr 25, 2016 0
And the game continues... Just when we thought the saga involving UFC featherweight champion Conor McGregor was over, it just got more confusing. In case...