It is OFFICIAL! Leon Edwards will face Jorge Masvidal at UFC 269 which is headlined by the lightweight title fight Oliveira vs Poirier fight as well. UFC just posted at their official Instagram page of the said bout.

The beef will be settled on Dec 11, as Edwards has finally accepted the fight against Jorge “Gamebred” Masvidal. Their beef gained attention when backstage, Masvidal threw the “Three-piece and a soda” that cut Edwards’s face. 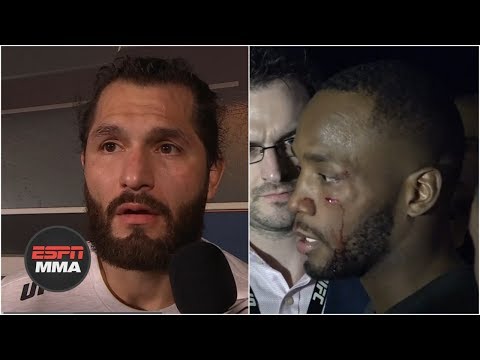 There was more to the story, initially, Edwards was calling out Masvidal for quite a while. It was during the time that Edwards was making a name for himself in the UFC, and Masvidal has had numerous fights in the UFC, so it makes sense to call a household name that fans are aware of. The fight never happened as Masvidal fought other opponents like Thompson, Diaz, and even for the belt.

The UFC booked Darren Till vs. Jorge Masvidal to headline a fight night card in London, Obviously, Edwards did not like the idea as he thinks he deserves to main-event home country as well.

Edwards was set to co-main event the fight card instead, and he beat Gunnar Nelson via decision. As for Masvidal, he landed the vicious knockout that put Till to sleep. In the post-fight interview, Edwards was trash-talking Masvidal, to which Masvidal got near and threw a sucker punch that led to a cut in Edwards’s face.

Now, that the tables have turned where Masvidal fell short in his title shot twice, it is now Edwards who is waiting for a title shot if UFC grants it, since he is on a long win streak himself as well. It is Masvidal that is calling out Edwards for a fight, but Edwards initially declined since he does not want to risk his title shot, but later decided to accept it.

It is a smart move for Edwards to accept it since he needs to stay active and it is still not sure that the UFC will grant a fight. Second, Usman vs Covington 2 is already booked, so anything can happen in the fight, and an unexpected outcome could leave Edwards not fighting for the title next.

What makes it interesting is both fighters also share the last guy that beat them which is the current welterweight champion, Kamaru Usman.

Gentleman Jeff - May 5, 2017 0
The UFC is in a period of transition. Many of the stars of the Zuffa-era are getting older, and a new generation of athletes...