What a career has Jose Aldo been, who would have thought that he is still competing until this day as a top contender of the UFC? Many know Jose Aldo as one the greatest mixed martial artist of all time. He was the first-ever UFC featherweight champion and defended it for a little over 5 years. He also had a 10-year run without losing and now he is calling out TJ Dillashaw as his next opponent. 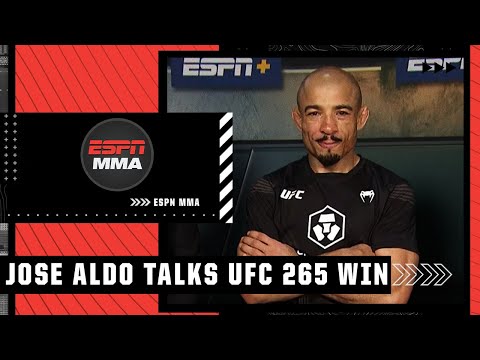 Hardcore fans are aware of how good Jose Aldo is in his prime, he was a complete mixed martial artist whether it was striking, grappling, and athleticism. After losing back to back to Max Holloway, Aldo decided to move down to bantamweight and try his shot at the title.

He was then scheduled to face the title contender, Marlon Moraes. Many thought Aldo won via decision but sadly the judge did not. Although UFC still gave Aldo an opportunity to fight for the vacant title against Petr Yan but fell short. He then climbed the rankings once more beating Marlon Vera and Pedro Munhoz.

He is now calling out former bantamweight champion, TJ Dillashaw who just beat Cory Sandhagen. Many would say Dillashaw could sit out and wait for the Yan vs Sterling 2 to end and face the winner but a fight against a legend like Aldo is also a nice name to put on the resume. Will Dillashaw risk his title contender spot or does Dillashaw have the right to sit out and wait?

Darren - Mar 22, 2018 0
Anthony Joshua Responds to Claims the UFC Have Offered Him a $500 Million Contract... An insane news story broke last night: the UFC has offered...

WATCH: UFC Veteran Punched in The Face By Opponent’s Cornerman