Logan Paul is one of the most famous YouTubers on the planet. He also attracted a LOT of heat for a video that he shared of him walking around filming dead bodies in Japan’s notorious suicide forest Aokigahara. It was almost unanimously regarded as culturally disrespectful to Japan and emotionally insensitive to families who might not even know the victim had died yet.

Anyway, Paul still exists and it seems like his notorious escapades in the Land of the Rising Sun haven’t caused him to suffer in any way. In fact, he’s set to take on fellow YouTube KSI in an official boxing match in the Manchester Arena, UK. All that matters here is that we get a chance to see Logan Paul get battered and that’s good enough for me.

Of course, being the big internet personalities that they are, they’ve had press conferences and all of that jazz. However, Logan being who he is, had to take things further and has claimed that he could beat Conor McGregor… in one key area. 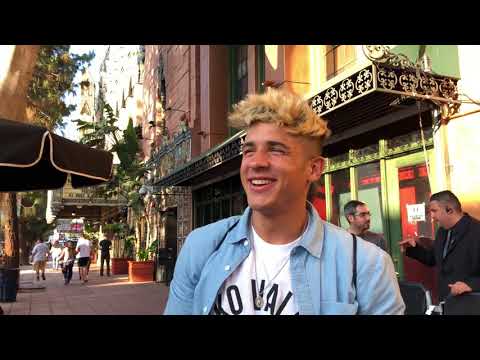 If there was a chance of getting Logan Paul and Conor McGregor into an octagon I would happily start the crowdfunding. Stick Mario Yamasaki in the middle so that it definitely goes the five rounds, and I’ll sit back with a bucket of popcorn. It would be the single most enjoyable experience of my life.

As unlikely as it is that they’ll ever cross paths in real life, Paul has told ES News that he believes that he has the wrestling advantage over McGregor. Is there any truth in this? Definitely not. ‘The Notorious’ is a world-class professional fighter. However, Paul is a bigger guy and has high-school wrestling experience.

In high school Logan Paul qualified for the state-level Ohio High School Athletic Association (OHSAA) 2013 Division I Wrestling Individual Championships. Good for him. McGregor might have been outwrestled by Chad Mendes and Nate Diaz, but Logan Paul is Logan Paul. You can watch the footage above.

In the real world, outside of this YouTuber’s deluded imagination, Conor McGregor probably doesn’t even know what a Logan Paul is. Is the Ohio-native being serious or is he just trying to generate headlines, in the style of Floyd Mayweather fighting in MMA? Probably. When asked if he’d fight McGregor he replied:

“We’ll think about that down the road, a couple of years.”

Yeah. You do that mate, you do that. Keep thinking.

He is expected to fight Khabib Nurmagamedov in October as soon as the dolly throwing case is done and dusted with. All these legal problems are starting to cost a lot of money. It’s all about the money, and the ‘Notorious’ is starting to feel the pinch. Hey, he might even have to fight Logan Paul one day on Pay-Per-View.

Conor McGregor “Will Retire” if he Loses to Khabib Nurmagamedov