Most parents will tell you that kids will fight. Boys will be boys, but there’s a big difference when one fighter is a young teen and the other is an adult. That’s the subject we’ll be tackling in this article.

How old is old enough? Kids these days seem to look a lot older than they actually are. Still, that doesn’t excuse the behavior by the older man in today’s video. From what we can tell, the scene involves around 20 people.

The backstory is unknown, but you see enough in the video to catch the drift. Just a fair warning, the video includes some harsh language as well as quite a violent knockout at the end. 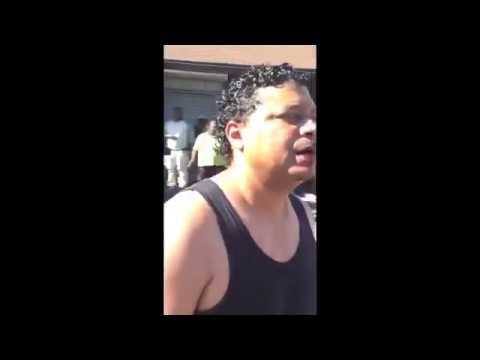 Knocked The Fuck OUT!

Damn! Of course, this is probably no life lesson from whichever angle you look at it. The sad truth is though if the father had just tried talking the bully down, he probably would have caught a sucker punch.

While we are on the subject of mismatches in the street, this next story is both funny and weird.

Yep, the reason these two goons decide to duke it out is over a pop tart. The older guy is clearly way smaller than the younger dude but is also very angry about his pop tart. After a small amount f squaring up, these two hungry goons gt it on. 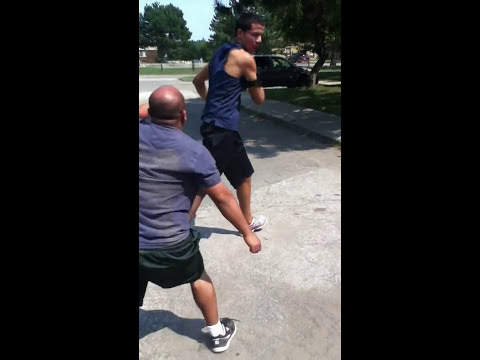 People will probably complain that everyone just stands around and films fight on their phones. Why doesn’t anyone stop the fight? Let’s be honest here, people have been standing around watching fights since long before cell phones.

Also, why would someone risk getting hit in the face if both dudes are willing to fight? We should all stop bullies, yes, but let dudes like these settle their differences for a while.

Darren - Feb 19, 2019 0
Is This What Caused Cain Velasquez's Knees to Buckle? Francis Ngannou Definitely Landed a Shot to the Former Heavyweight Champion's Chin... Watch the Clip...