If you were following the world of MMA yesterday you would have seen that Dana White and Brendan Schaub have been feuding. That’s right. ‘Big Brown’ against the UFC President in a battle of super-heavyweight egos. White is no stranger to feuds with current or former fighters, regardless of their status in the company (unless it’s Conor McGregor).

It all started after Schaub analyzed Gokhan Saki’s crushing defeat to Khalil Rountree. The Turkish kickboxer is highly vaunted as an elite martial artist, but his fighting style hasn’t translated very well to MMA so far. Then Israel Adesanya took offense to Schaub’s perspective on kickboxers not transitioning well to MMA.

This basically started a massive war between White and Schaub in the comments of Adesanya’s Instagram post. Ridiculous, hilarious and immature. If you go on Brendan Schaub’s Wikipedia page, someone has changed his bio to: “He is Eskimo Bro’s with Dana White.” Read on to find out why.

“This is hilarious. Yes, Joe Rogan one of my best friends has played a significant role in my post fight career, no doubt, you’re right about that DW. two tv shows, sold out world wide comedy tour, two successful podcast, and just booked my first major movie. Super grateful. HOWEVER, if it weren’t for the Fertitta’s loaning your ass millions of dollars to invest in an idea that wasn’t yours from the start you wouldn’t be shit.

How’s it feel to know once the real businessmen/Brains left, the UFC has been a shell of its sell with you at the forefront. You’ve tried the CM Punk experiment, begging Brock to come back, and praying at night for a Conor text. Tough job to do with out Lorenzo holding your hand, making sure you don’t mess it all up. Can’t feel good. You’d be a cardio kick boxing coach in Boston in your late 40’s, hoping to grab a ticket to my stand up front row if Lorenzo Fertitta didn’t save your ass. Also, this is NO way Eskimo brothers should talk to one another. Last warning.”

The next question… what’s are Eskimo Brothers? Well, according to Urban Dictionary, it describes two gentlemen who have commenced intimate relations with the same women, and remain on good terms. I’ll let you come up with your own conclusions there. But hey, there’s a lot of hot women around the UFC!

Thanks for sharing Brendan. 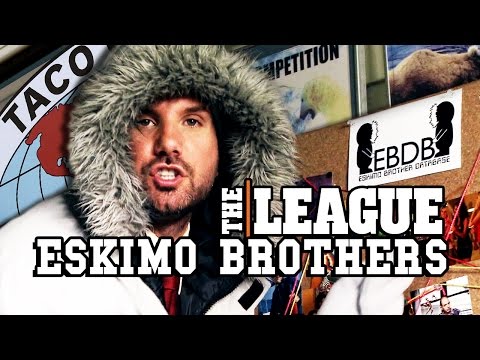 Anyway, Schaub’s total lack of inhibition seems to have won him this entertaining online brawl against who just wasn’t prepared for the lengths that his former adversary – oh yes they have a history – was prepared to go.

If you’re shameless, you can’t be shamed. Sorry, Dana, you lost this one.

VIDEO: Nate and Nick Diaz share a JOINT at UFC 263

John - Jun 15, 2021 0
Who doesn't love the Diaz brothers? Nate and Nick Diaz is one of the most popular sibling combo in MMA history mainly because of...

Looks Like Chuck Liddell is Training For Comeback Fight…But Not in...