During a savage attack in Russia, a professional MMA fighter has killed a bodybuilder…

The seemingly age-old competition between MMA and bodybuilding has ended in tragedy this time. During a confrontation in the streets of Russia, a man has lost his life this week. The circumstances surrounding this harrowing attack remain unknown.

What is known is the two men squared off among a small crowd of people, with security cameras catching exactly what happened. The video below shows the conflict from start to brutal finish. 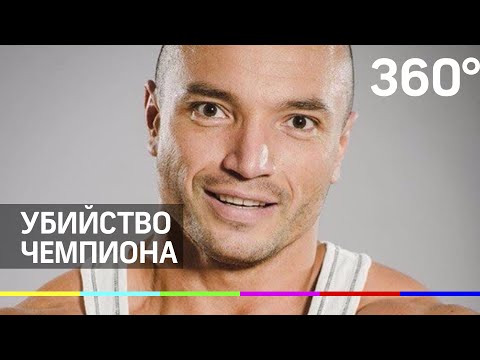 Props to MMAMania.com for the report:

street fight in the early morning of Aug. 20 turned deadly in Khabarovsk, Russia. A man who was well-trained in mixed martial arts (MMA) and competed professionally, was caught on video involved in a street fight against world champion power lifter Andrey Drachev.

According to Crime Russia, Anar Ziranov has been identified by law enforcement as the man who delivered a wheel kick to the towering powerlifter. Then ultimately hit his downed victim with repeated punches to the face as he was seemingly unconscious.

According to the website, the 32-year old power lifter had numerous titles to his name:

Andrey Drachev was World and European champion in powerlifting. The athlete also set a world record in the triathlon with the result of 1t, 75 kg, 500 gr. In April 2017, Drachev participated in the open Bodybuilding Championship of the Primorsky region for the first time and took first place in the category ‘Extreme Bodybuilding’.

According to the regional ICR, the conflict between two visitors of a cafe in the center of Khabarovsk occurred at around 7:00 a.m. on August 20.

During the fight, a man born in 1992 inflicted several blows to the man born in 1985. As a result of the craniocerebral injury, the victim died in hospital. Later, it turned out that the deceased was a well-known Khabarovsk athlete.

According to Komsomolskaya Pravda, the conflict took place outside Galereya cafe. CCTV video shows people dressed as guards quietly watching. Without trying to intervene, even when the attacker goes in for kill with several blows to the head of the knocked-own victim.

The offender managed to escape from the crime scene, but he has been identified. According to preliminary data, he is from the Caucasus.

The ICR investigation bodies in the Khabarovsk region have initiated a criminal case on the grounds of crime under part 4 of Art. 111 of the Russian Criminal Code (Deliberate infliction of grievous bodily harm, which by negligence caused the death of the victim).

The suspect in the case is yet to be captured it would seem. Such a pointless fight in a moment of anger has cost one man his life and another likely his freedom for some time. It’s always sad to see people standing around not helping in these situations.

Quote: Mayweather vs. McGregor For Interim Title Or It’s Boring

Salvador Sanchez - Jan 14, 2017 0
Best reaction to Mayweather vs. McGregor EVER... During a relatively quiet week for MMA, UFC president Dana White dropped a bombshell. During an interview with...