Yesterday, Conor McGregor broke the stunning news that he was meant to fight Rafael Dos Anjos on May 12, in Rio De Janeiro, Brazil. Needless to say, it broke the internet with every MMA reporter in the world desperately scrambling to write an article about it. I know that because I’m one of them.

However, there are a lot of things that don’t add up about this story. Why was McGregor fighting for an interim title in a division where he’s fought twice, losing once to an unranked opponent? Why was his fight going to be in Brazil? Why does Rafael Dos Anjos not even know about it?

If analysts are to be believed, the UFC is responsible for this lie. McGregor hasn’t appeared in the octagon since 2016, and only fought once in 2017, against Floyd Mayweather. They’re desperate for cash and by saying that he didn’t fight in May, they can pretend they’ve punished him for his Brooklyn bus attack. It’s that simple and you’re welcome.

Above is the post that got everyone talking. Allegedly, McGregor was meant to fight Rafael Dos Anjos in Rio De Janeiro, at UFC 224. Don’t forget that this was apparently booked before he went off on his rampage and nearly decapitated Rose Namajunas with a dolly.

It doesn’t make sense though. The Rio fight card did not take place at US prime time. Why have your most valuable asset fight when no one is watching? Meanwhile, 5 out of his last 6 fights have been in Las Vegas, with the other being in New York’s Madison Square Garden. They’re the most lucrative and prestigious venues. McGregor is not fighting anywhere else.

MMA reporter Adam Hill has given a very insightful view of events. He believes that it’s totally contrived as a way for Conor McGregor to escape further punishment, if and when he finally does return. He tweeted:

“Conor confirms in a post that he was supposed to fight at UFC 224 before the whole bus attack thing happened. I still believe this was a narrative invented in the hours after the arrest so that when he returns, the UFC can say his punishment was being removed from UFC 224.”

This is really quite sensational if it’s true. The UFC would effectively be lying to its fans. That is not exactly the best way for your brand to build trust. 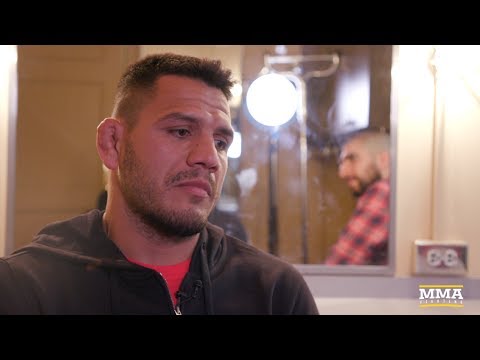 It doesn’t help them that Rafael Dos Anjos seems absolutely clueless about events. He’s fighting in the co-main event this weekend, at UFC 225, against Colby Covington. When questioned by Ariel Helwani about the story, he replied:

Well, there you go. Has the UFC been caught out in a massive lie? If they have, their own fighters won’t be very happy because they’re effectively misleading everyone so that McGregor can get back into action. Watch this space.

A Beginner’s Guide To Online Gaming

Elle Gellrich - May 6, 2022 0
With the increasing popularity of online gamers and streamers among the young population, many individuals are newly getting inducted into the field. As the...