Five Of The Most Brutal UFC Knockouts From 2016 So Far

We aren’t even two months deep in to 2016 yet, and we’ve seen some of the most brutal and jaw shattering knockouts ever! Check them all out in video form…

Remember when UFC events were once a month? How about when your favorite fights and events fights were only available through select TV channels at some ungodly hour of the morning? Yep, combat sports has changed a whole lot in recent years.

The current model of multiple events, sometimes in the space of days, and always over a month, is met with mixed reviews, but one thing it’s good for is many finishes. Yes, it may be over saturating the mixed martial arts history books, but hey, we are getting more action, right?

As such, we’ve already got some severely punishing knockout videos for you to check out from the most recent UFC events in 2016. Check out the most brutal UFC knockouts from 2016 so far!

Noad Lahat clearly needs to work on his defense, as this is the second knockout by flying knee he’s absorbed since joining the UFC. Currently the only Israeli fighter on the promotion’s roster, he faced Diego Rivas at Fight Night 82 this past weekend, and the result was this brutal finish:

Touted Swedish striker and training partner of light-heavyweight title challenger Alexander Gustafsson, Ilir Latifi is making a name for himself as an explosive knockut striker. Extending his win streak to two with two knockouts, ‘The Sledgehammer’ blasted O’Connell with a brutal finish: 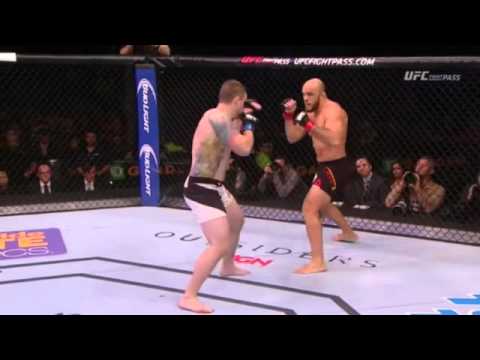