Every now and then someone special comes along. We’ve seen it with Conor McGregor, Ronda Rousey, and Georges St. Pierre. All very different personalities, with something magnetic about them, as well as unbelievable skill.

Move over guys, there’s a new king in town. He’s ready to beat you with one arm. OK, he only has one arm but he’ll still go to war with you and ruin your life. The lightweight fighter is closer to the UFC than he’s ever been.

‘Notorious’ Nick has a major disability that makes his fight record all the more unbelievable. Born with a congenital amputation on his left arm, he’s beaten the odds to seal a place on Dana White’s Contender Series. A powerful performance in that will see him seal a UFC contract.

It’s really an incredible story. Newell has faced challenge after challenge as he has risen through the ranks. Even getting into an octagon has proven to be difficult for the Connecticut native. Back in 2013, Dana White said:

“The kid’s talented, he’s got a ton of heart, but I don’t want to see him get hurt.”

That’s been one of the main obstacles that Newell has faced throughout his career. People are constantly trying to protect him from himself. However, with a fine record of 14 wins and 1 loss, the former WSOF fighter has a record anyone would be proud of. Bear in mind his only loss has come to UFC top contender Justin Gaethje. That’s not bad at all.

Bear in mind he’s not a kid either. Newell is 32 and began his career way back in 2011 with Xtreme Fighting Championships. He’s beaten UFC and Bellator fighters like Chris Coggins and Eric Reynolds in the past. Needless to say, he’s delighted to get the chance to fight on the biggest stage. He told Ariel Helwani:

“I want to thank Dana White, Sean Shelby and Mick Maynard for believing in me and giving me a shot. I still have to go out there and deliver. I’m grateful for the opportunity.”

It’s such a feel-good story. Newell is an absolute badass. He knows that whatever happens, it’s on him to prove himself, man against man and win that contract. If he gets into the UFC, who knows what his ceiling is? 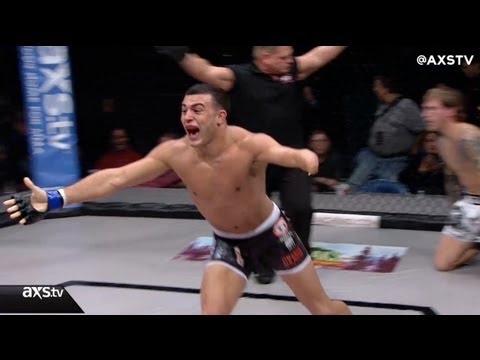 Newell has 11 finishes in his 14 career wins. He did retire in 2015 but came back out to beat Sonny Luque via face crank.His disability actually makes him a difficult opponent because he fights in a totally different way to other fighters. Newell shares the same manager as UFC lightweight champion Khabib Nurmagamedov. Ali Abdelaziz said:

“I want to thank Dana White. He’s been making dreams come true for 20 years, and he just made one of Nick’s biggest dreams become true. I’m grateful. Stuff like this makes me humble.”

White would love Newell to win a UFC contract. A one-armed fighter in the company’s most competitive division. Dollar signs are coming out of his eyes like the Bat Signal. The Contender series has unearthed young stars like Sean O’Malley and Mickey Gall in recent times. Newell could be a sensation.

John - Aug 30, 2021 0
The Problem Child proved to the doubters once more that he could fight for full 8 rounds in his fourth fight. Paul remains undefeated...

Khabib Tells Dana White to Legalize Steroids… Has He a Point?

MMA Prospects to look out for 2021