When the UFC first began it was meant to be a contest to decide which martial art really was the most effective. As such the original UFC bouts were meant to mimic a real life hand-to-hand combat scenario as closely as possible. What we have today in the UFC, while still awesome, is vastly different from a real fight.

In real fights all holds are legal, so MMA’s current rules that ban headbutts, groin shots, and small joint manipulation don’t apply. The more rules that are applied to MMA, the less MMA represents real fighting. As a result if an MMA fighter fought someone in a street fight today, they perhaps would be taken aback when their opponent head butts them from within their guard or attempts to gauge out their eyes. Today’s MMA fighter doesn’t train on how to defend those attacks.

You’re not going to be able to finish an opponent with wrestling, but if you are in a real life hand-to-hand combat scenario, wrestling may be your best bet to neutralize your opponent.

In wrestling the emphasis is on takedowns and controlling your opponent with your grappling. While this wouldn’t inflict as much damage on your opponent as you may like, it is highly effective.

While Brazilian Jiu-Jitsu is often seen as the martial arts discipline that dominated the early UFCs, it wasn’t long after Royce Gracie’s departure that amateur wrestlers started to take over. Mark Coleman became the godfather of ground and pound when he began beating the top fighters in the world with his style of wrestling-based takedowns and punching people. While punches are not allowed in amateur wrestling (provided the ref notices) they are an easy add-on to this combat style that would prove to be handy in a real fight. 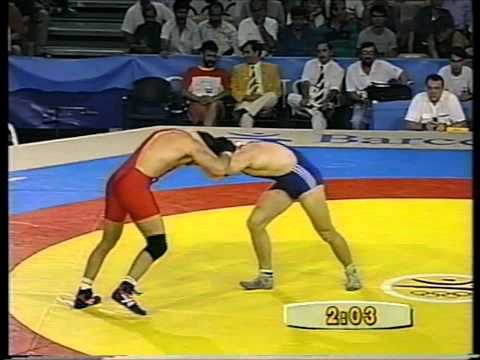