Ferguson’s last 4 fights have all earned performance bonuses, and there is nothing to say that trend won’t continue.  There is a lot of buzz around “El Cucuy” right now, and a lot of reason to believe he could be the next in line for a title shot.

With an 8-fight winning streak, including victories over Edson Barboza and Josh Thomson, its hard to argue that Ferguson is the most deserving of the next title shot against Eddie Alvarez, but much of that will depend on when and who #1 contender Khabib Nurmagomedov fights next. 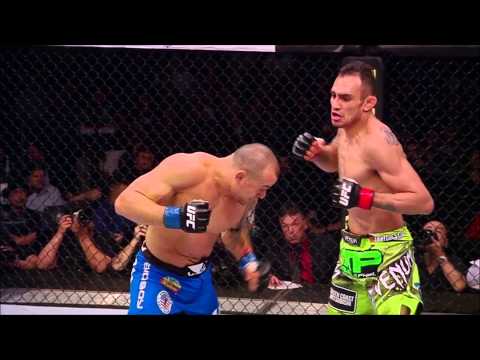 Darren - Nov 18, 2019 0
Ben Askren has officially retired from MMA. The former Bellator and ONE champion made the decision to hang up his gloves after suffering from...

Who will be the next UFC Lightweight Champion?

This Video Shows Why You Shouldn’t Mess With Joe Rogan

Crazy Video: Ronda Rousey Breaks Out In Song & Dance On...

The History of Slot Machines in Finland

Conor McGregor and Nate Diaz go at IT Twitter