Ever heard of one guy fighting against 100 different opponents? This video shows a martial artist with incredible will and endurance…

Trials of endurance are commonplace in the modern world and have been a method of proving one’s will and inner strength for centuries. One well-known method is long-distance running, a lot less dangerous than any kind of combat-based endurance though.

When you add martial arts into the equation, the level of risk rises dramatically, making the few that achieve these insane targets all the more revered. ‘The 100 Man Kumite’ is one of the lesser-known trials the world over, unless you are involved in martial arts.

100-man kumite (hyakunin kumite in Japanese) is an extreme test of physical and mental endurance in Kyokushin karate. The 100-man Kumite consists of 100 rounds of Kumite, each between one-and-a-half and two minutes in length. Normally, the karate practitioner undergoing the test will have to face similarly or higher-ranked opponents and may face an opponent a few times in the course of the test.

Perhaps what’s even more impressive about Filho is that he has completed the 30 and 50 man variations of the Kumite too. Having fought in K-1 also boosts his profile massively in the martial arts world.

Here are some of his best Karate highlights: 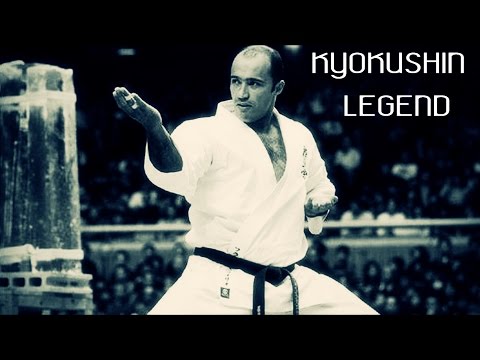 Francisco Filho started Kyokushin Kaikan around the age of 10 and received a black belt six and a half years later. He made his professional K-1 fighting debut on July 20, 1997, at the K-1 Dream ’97 tournament against Kyokushin and Seidokaikan fighter Andy Hug. This was their second encounter, the first being at the 5th Kyokushin World Tournament in 1991 that resulted in a controversial knockout victory for Filho with a technique that connected after the bell rang. The second fight was also won by Filho quickly earning the Brazilian a large fan base in Japan as well as making him one of the then top contenders for the K-1 World GP Championship title.

Filho has since held championship titles in both K-1 as well as in IKO-Kyokushin Kaikan. He has not taken part in any major competition since 2004 but remains active in developing young fighters and overseeing Brazil’s Kyokushin national team.[2]

In 2012, he appeared on The Ultimate Fighter: Brazil coaching with Vitor Belfort.

In 1995 Francisco Filho completed 100 men Kumite in Brazil and in Japan.

5 Tips To Prepare Effective For Your Next Boxing Tournament

Atilano Diaz - Sep 1, 2016 0
Looks like Nate Diaz can’t quite keep himself in check. Less than two weeks after he ran into some trouble with the United States Anti-Doping...

Colby Covington Explains Why He is the ‘Supervillain’ of the UFC

Who Should Nick Diaz Face in Comeback Fight?