This is Absolutely Disgusting… What Was He Thinking? A Fan Launched a Flying Kick Into the Back of Arnold Schwarzenegger at a Fan Event in South Africa…

Arnold Schwarzenegger is an absolute legend. The former bodybuilder, governor of California and actor is one of the most iconic figures of the 20th century. While he might be most famous for his bulging muscles – and still looks in great shape at the age of 71 – that does not excuse what happened to him last night in Johannesburg.

The Terminator star was attending the Classic Africa Sports Event in South Africa’s biggest city when a ridiculous incident occurred that was caught on video. ‘Arnie’ was meeting with fans while the event was going on in the background. Of course, he was, because the man is a legend.

Then an idiot decides to launch a flying kick into his back. Check out the video footage of the incident below. Let’s hope he finds himself a new security team as well.

This was assault, plain and simple. Not only that, but it was also extremely cowardly. Schwarzenegger had his back turned to his attacker and was chatting with fans when the incident happens.  As he starts taking a picture with someone, a man is seen sprinting towards the former bodybuilder and then jumping and kicking Schwarzenegger in the back. Security quickly held him down as he was escorted out of the building.

While the dropkicker was getting dragged away, he can be heard screaming “help me, I need a Lamborghini” about four times. You can bet though that the security team won’t be getting good references after this. You can’t be letting a Hollywood superstar get smashed in the back like that. It’s not like he’s a young man anymore either – which still wouldn’t make it right of course. 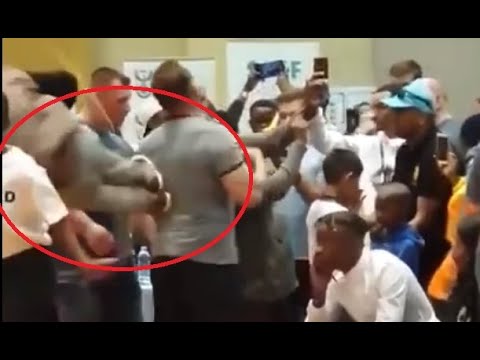 Arnie being a total legend took the event in his stride. He asked fans that if they want to share the video to please share low-quality versions so the attacker’s words can’t be heard. Also, according to Wayne Price, the organizer of the event, the Hollywood legend has no plans to miss any of the events of the weekend and is still in good spirits. Of course, he is.

Meanwhile, Price also said that the attacker is “known to the police for orchestrating similar incidents in the past.” What sort of clown makes this sort of thing their hobby? Can he not afford an X Box or something? Moron. 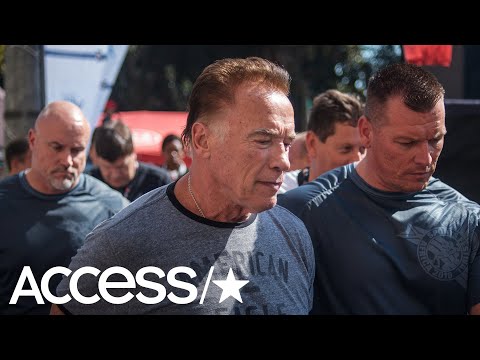 “Thanks for your concerns, but there is nothing to worry about. I thought I was just jostled by the crowd, which happens a lot. I only realized I was kicked when I saw the video like all of you. I’m just glad the idiot didn’t interrupt my Snapchat.”

The man came to America from Austria with no English and became one of the biggest stars in entertainment. He’s faced bigger challenges than some idiot kicking him in the back.

Salvador Sanchez - Jan 30, 2016 0
Another young UFC star with a bright future and a ton of hype from Dana White and the UFC, another shocking upset loss. Wow,...

Chimaev says he is done with MMA but Dana White disagrees