Boxing is a sport where you instantly feel a step up in class. Jesus Ramos is a young Mexican prospect who is starting to make his way in the game. 10-0, with 9 KOs on his record, it’s clear that this young man has a lot of potentials. The Mexican made his US debut at the weekend in stunning fashion.

He took on Rickey Edwards, a veteran journeyman (12-4, 3 KOs) in California. This was a major step up in class for Ramos, but he dealt with Edwards in brutal style. If you’re not as good as the person you’re boxing, it will end very badly. Ramos definitely proved himself on the night.

Check out this insane knockout blow, as he sent Edwards into the shadow realm. As you can see, he violently KOed the American. However, it came after a little bit of showboating that Edwards will definitely regret. 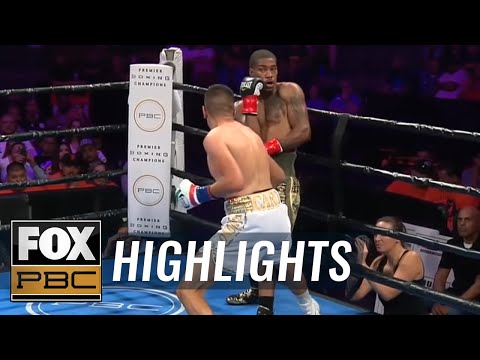 This was a brilliant and brutal knockout, but to rub salt into Edwards’ wounds, it came after he showboated. In the third round of the fight, Ramos was coming on strong. He threw a jab and Edwards slipped. Then, he cursed himself by shaking his head. It’s a rule of combat sport that if you do that you’re going to get knocked out.

So, that’s exactly what happened. Ramos threw a brutal right hand that cracked Edwards perfectly. He dropped straight to the ground like a sack of potatoes. In short, it was vicious precision. You would have to say that he was asking for it. In short, don’t tease your opponent and then get knocked out. You’ll look like a fool. 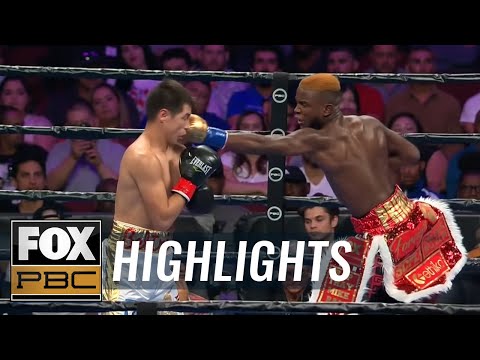 As you can see from the clip above, Ramos didn’t even land the only one-punch KO of the night. In fact, Chris Colbert managed to knock out Miguel Beltran Jr. in the very first round of their fight. The pair engaged from the bell but Colbert definitely had the better of their short exchange.

He landed a couple of crisp, powerful and clinical punches that broke through Beltran’s guard and smashed him to the floor. It was a brutal right hand that did the damage, faceplanting Beltran Jr. Colbert had no choice but to win because he was wearing those wild shorts. If you’re going to make a statement like that, you really have to back it up in the ring. 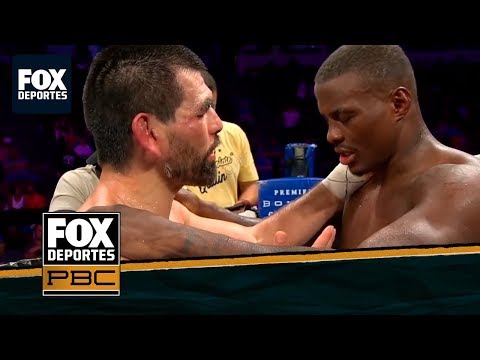 In the main event, there was a major shock when Alfredo Angulo defeated Peter Quillin. He was a +1725 underdog going into their match but would go on to win a split decision. Both of these men are well past their prime, but the former WBO middleweight champion Quillin was expected to walk through Angulo.

That’s not what happened. Angulo put on more pressure than the former champ, causing visible damage. He moved Quillin backwards. There wasn’t a super amount to separate them, but Angulo did appear to do slightly more. However, in reality, neither of these men looked great. It was a gritty and entertaining fight without much in the way of technical nous.

Top 7 Soccer Shooting Drills That You Need to Try

Manny Pacquiao teases his next fight to be announced SOON!

John - Feb 10, 2021 0
Good news for the boxing fans, The Filipino Boxing/Senator just posted in his official twitter account, that a fight date and opponent will be...