Canadian Rapper Drake Shows Off Some Decent Power in a Sparring Workout Video This Week… A Massive Combat Sports Fan, He’s Trying to Make Martial Arts a Part of His Life…

Martial arts and combat sports have never been more popular than they are now. Brazilian Jiu-Jitsu seems to be every celebrities hipster way of staying fit, and we can’t blame them. The likes of Demi Lovato, Jonah Hill, Tom Hardy, and Joe Rogan are all dedicated to the grappling martial art.

You can’t beat throwing a few punches though. Canadian Rapper Drake is one of the most successful artists on the planet. He has been nominated for 42 Grammy awards, winning 4 times, and has won an incredible 161 awards throughout his career. He’s also a big fan of MMA and boxing.

In the clip below you can watch him throwing some punches at the pads. He demonstrates decent power, even if he has the head movement of an arthritic giraffe. You have to respect a man who is trying to stay fit though, so no hate. Maybe Joe Rogan will be able to talk Kanye West into fighting Drake when he goes on his podcast.

There’s no doubt that Drake’s punches have some power. You wouldn’t want to get hit by him, as his hands move with some solid snap. The pad-man, professional boxer and trainer Hino Ehikhameno, initially posted the footage to Instagram, stating that this was only from six weeks of training.

Ehikameno is probably the most impressive part of this video, as he flashes the pads towards Drake’s fists with flamboyant flair. He’s definitely making the Canadian look better than he is. He definitely needs to work on his head movement, because we’ve seen more flexible lamp posts.

Drake loves MMA and boxing. He is a fan of Conor McGregor’s, attending the Floyd Mayweather and Khabib Nurmagamedov fights. He held the Irish flag at the latter event, UFC 229. He’s also a fan of Max Holloway’s, walking out with the Hawaiian at his last title defence against Brian Ortega, and even attributing a lyric to him in his Grammy-nominated album ‘Scorpion.’

Of course, he’s not the only rapper into the striking arts. Snoop Dogg actively does boxing to stay in shape. Meanwhile, there were ludicrous reports in 2017 that 50 Cent was set to fight Quinton ‘Rampage’ Jackson. While that obviously will never ever happen, 50 Cent does have a stake in Bellator, and regularly attends their events. 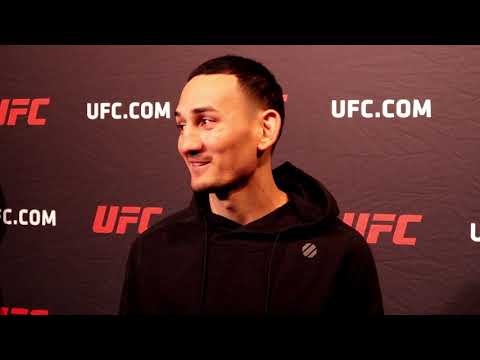 Obviously, pads don’t hit back. Still, hitting them is great exercise and that’s what UFC President Dana White started off his career doing. He taught boxercise classes until he was chased out of Boston by Whitey Bulger. The infamous gangster’s mob tried to extort money out of White, forcing him to flee to Las Vegas, where he met the Fertitta brothers and the rest of history.

Even Dana White has a more gangster past than Drake… Who do you think would win in a fight between the rapper and the long-serving UFC boss?

Darren - May 2, 2019 0
The MMA World is Desperate for a Successor to Conor McGregor... Could One of These Fighters be Next in Line for Superstardom? It's fair to...

Floyd Mayweather vs Logan Paul : Is it a JOKE?