Bare Knuckle Boxing is One of the Most Savage Sports on the Planet… Taking Violence to Another Level of Rawness, Bare Knuckle FC Have Definitely Found a Niche in the Market… Watch This Vicious 1-Punch KO and See Just Why Fans Are Going Wild For the Sport…

2018 has had its fair share of combat sports stories. We’ve seen loads of drama in the UFC, but it’s easy to forget that it’s not the only promotion in martial arts. ONE Championship rose to another level, expanding to the US and poaching some big name like Eddie Alvarez, Demetrious Johnson and Sage Northcutt.

However, it’s not the only promotion to gain love in 2018. Bareknuckle FC might not be the most famous name in combat sports just yet, but it’s definitely got a foothold in the market. Fans are eating up their pay-per-views, as they want to watch violence in its purest form.

This sport is intense. If you don’t believe us, watch the clip below of Diego ‘Dos Pistolas’ Garijo fighting Tom Shoaff at BKFC 2. It’s an excellent fight and ends with a brutal 1-punch KO. 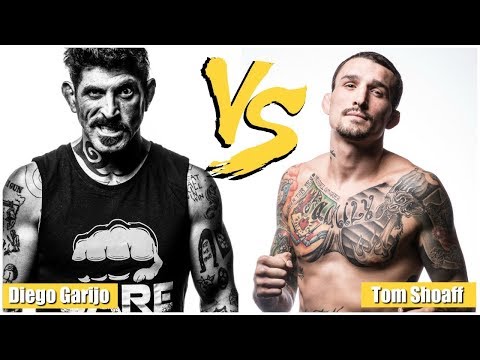 However, suddenly he’s dropped by a well-timed punch from Garijo. From there it’s all downhill for Shoaff. He eats another massive left hand and that’s all she wrote, as the referee separates the two men to end the fight. It’s a glorious end to a few minutes of chaos. Now you can see why fans are going wild for this oldest form of combat sports.

One of the most noticeable aspects of bare-knuckle boxing is that fighters tend to take a lot of damage. Broken hands are incredibly frequent, as fighters bounce bone off bone. However, there have been proven to be fewer concussions than in regular boxing. This is because fighters have to be more selective with their shots, due to the risk of breaking their hands.

Minced up faces are another common sight. If you’re squeamish you shouldn’t watch these events because the levels of gore are high. Fighters get cut and scraped way more in this sport, leaving them looking like they’ve been through the mince grinder. This is part of the appeal for many fans.

Bare Knuckle FC is quickly rising and embedding itself as a cog in the combat sports world. While it’s probably not going to have any major mainstream success anytime soon – and events are limited to a small number of states in the US – it’s definitely found a niche in the market.

It’s got ready-made stars with the likes of former UFC fighter Bec Rawlings already being labelled as the queen of bare-knuckle boxing. Just keep unleashing carnage and fans will keep watching.

Kickboxer Kisses & Punches His Opponent Before The Fight, Then THIS...

Salvador Sanchez - Jun 13, 2016 0
The ultimate payback... Professional fighting is quite unique in many ways. There's been worldwide attraction to unarmed combat nearly as far back as man has...