Generally, martial artists are respectful of opponents inside the cage. They step onto the battlefield to showcase their skills, take care of business and get the win. Rarely do fighters ever lose their cool. That being said, there are some fighters who have short tempers.

When fighters lose their cool, that’s when things go awry. They start throwing illegal blows and get into whole heaps of trouble.

At Full Contact Contender 18, which took place April 15 at the Macron Stadium in Bolton, England, welterweight fighter Ant Davies faced Tomasz Wojtyna in a three-round bout that quickly took a turn for the worse midway into the second round.

With Davies’ back on the mat in closed guard, Wojtyna unloaded a few unanswered punches. Davies obviously felt that the punches landed on the back of the head. And the instant replays show they did, however, the referee did not prevent it from happening. Nor did he penalize or even warn Wojtyna.

As Davies complained to the referee, he soon started to realize that his complaints were for nought. That’s when he too matters into his own hands and came back in retaliation.

Davies unleashed a few punches of his own from the bottom. When Wojtyna got in close, Davies smacked him with a headbutt.

After Wojtyna complained of the headbutt, the referee then stepped in. But it didn’t stop Davies from getting up to his feet and sneaking in a few more headbutts. Obviously unhappy, Davies was absolutely irate. 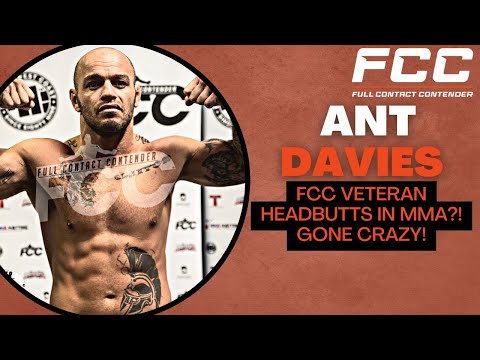 Ironically, Davies was also the one who suffered more for the headbutts, opening up a cut above his left eye due to the sheer force of the impact.

The referee then successfully separates the two fighters and tells them to go back to their corners. Davies’ cutman takes a closer look.

Unfortunately the fight was called off and Wojtyna was given the victory by disqualification.

It was a sad turn of events of what was actually an entertaining fight. In all honesty, the referee is as much to blame as Davies since the punches did land on the back of his head and were indeed illegal.

Darren - May 31, 2020 0
Welterweight has a new contender. The rise of Gilbert Burns is incredible. He defeated Tyron Woodley in Las Vegas to stretch his win streak...

Is MMA on its way to Becoming an Olympic Sport and...

Fedor Emelianenko vs. Kimbo Slice? Bellator In Talks With ‘The Last...