Nick Diaz Has Called Out Saul ‘Canelo’ Alvarez For a Crossover Boxing Fight… Because Of Course, He Has…

It’s creeping up on four years since Nick Diaz fought under MMA rules. He took on Anderson Silva, that fight was overturned, and both men were hit with bans. Now Diaz the senior is cleared to fight and there have been rumblings of a desire to return, but with nothing clear on the horizon just yet.

Meanwhile, Saul ‘Canelo’ Alvarez has just become the highest-earning boxer on the planet. He’s signed a contract with streaming service DAZN, that is set to earn him $365 million across 11 fights – starting with Rocky Fielding on December 15th for the WBA Super Middleweight title.

How are these two connected? Well, Diaz has decided to jump on the whole MMA/boxing crossover bandwagon. He’s called out ‘Canelo’ and is ready to fight the Mexican whenever he wants, because money. 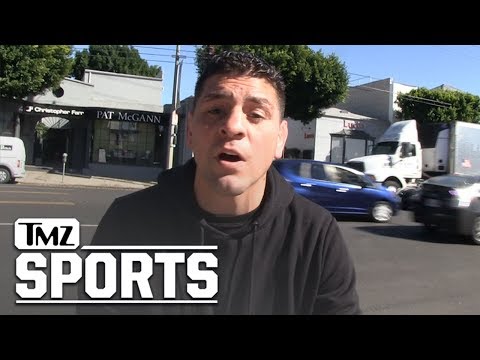 Diaz was confronted by TMZ, who seem to spend their days stalking him for soundbites. He was asked what he thought about ‘Canelo’ Alvarez’s deal and while he admitted he had never thought about it before, you could see the dollar signs light up in his eyes. He replied:

Let’s be real Canelo moving up to my weight, he ain’t gonna win that fight. No way, come on man. You’re just basically one of them little guys I spar on before I fight … I am a professional fighter. I’ve had over 37 fights.

Of course, this is all stemming from the whole Conor McGregor v Floyd Mayweather exhibition that took place in Las Vegas in 2017. Both men walked away with about $100 million and $150 million respectively. It was massively lucrative and captured the imaginations of the world.

McGregor’s most recent opponent Khabib Nurmagamedov has been trying to get ‘Money’ interested in another boxing crossover match. At the moment it seems highly unlikely because the Russian is a lot bigger and doesn’t even fight from a striking base, but the obvious point is that it would be worth a lot of money to him. 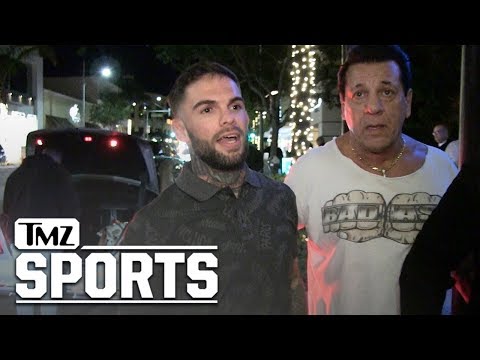 These aren’t the only MMA v Boxing matches that have been rumoured in the past. Light-heavyweight fighter Jimi Manuwa tried to call out British boxing champion Anthony Joshua but was soundly shut down. AJ did show interest in matches with the likes of Francis Ngannou and Stipe Miocic though. Once again: money.

Only last week Cody Garbrandt said that he ‘would love’ a fight against legendary Filipino boxer Manny Pacquaio. ‘Pacman’ hasn’t responded to Garbrandt, who has been knocked out by TJ Dillashaw in his last two fights. Maybe the best way for these MMA fighters to make a buck would be to actually win in their own sport.

Max Holloway and Yair Rodriguez went back and forth

RUMORS: Zabit Magomedsharipov might be walking OUT of the SPORT