Former UFC heavyweight champion Shane Carwin has been out of action for five years now. After winning the interim championship against Frank Mir in 2010, Carwin went on to suffer the only two losses of his career.

Known as ‘The Engineer,’ Carwin was renowned for his brutal KO power. His record stood at 12-2 when he retired, and Carwin finished all his opponents in the first round. In just his second pro fight, Carwin scored one of the fastest submissions in MMA history at 22 seconds.

Carwin vs. Lesnar/dos Santos and Retirement

During one of the craziest heavyweight title fights ever, Shane Carwin took on Brock Lesnar at UFC 116. After nearly having Lesnar finished a number of times, Carwin was eventually tapped by an arm triangle choke.

Clearly going through some health issues, ‘The Engineer’ took a year off before returning against Junior dos Santos. The Brazilian beat Carwin by decision. Following the loss to JDS, Carwin retired due to back problems and other injuries.

For some months now Shane Carwin has been teasing a return to fighting. After he was released from his UFC contract earlier this year, rumours have spread about a potential Bellator contract in Carwin’s future.

Dusting off the cobwebs during a fight against radio show host Jason Ellis this past weekend, Carwin proved he still hasthat harrowing knockout power. Watch Shane Carwin score a massive KO with one arm taped to his chest: 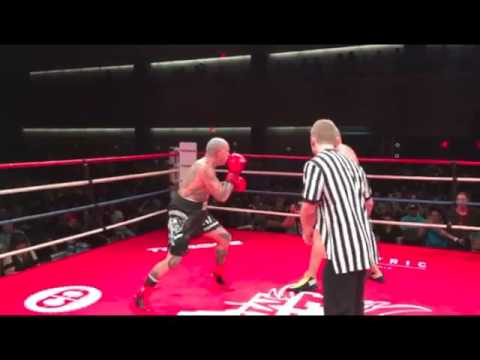 With promotions like Bellator or perhaps even Rizin FF always looking for UFC veterans, finding a new fighting job probably won’t be hard for Shane Carwin. Having proved himself as a legitimate heavyweight knockout artist in the UFC, there’s a big chance Carwin could find great success in other promotions.

We’ll keep you posted as and when Shane Carwin signs to fight again.

Darren - Jun 23, 2019 0
Paulie Malignaggi Lost to the GOAT in Florida on Saturday Night... Instead of Accepting That He's Lucky That He Was Allowed to Walk Away...