One of the most talked about female mixed martial artists in recent times is former professional boxer Heather Hardy. It seems everyone wants a piece of the blonde vixen. At the Bellator 185 weigh-ins earlier today, Hardy was hounded by Shelly Vincent, a former boxing opponent Hardy beat last year in a bout for the WBC International Female Featherweight Title.

Although Hardy is not fighting Vincent, she’s actually fighting Kristina Williams, it managed to draw a chuckle from the martial arts beauty. Security at the weigh-in venue had to restrain Vincent and escort her out off the stage. Hardy just smiled and laughed it off.

“I’m completely focused on my opponent right now and keeping my undefeated record wherever I fight,” Hardy said. “Besides, that was just one of my obsessed fans.”

Everyone Wants a Piece of Heather Hardy

Another future possible Hardy opponent recently made the rounds on newswires with her comments. Former ONE Championship female flyweight Ana “Hurricane” Julaton had a few choice words for Hardy in a recent interview with The Telegraph.

“I believe Heather is avoiding me. She did in boxing. We both want the belt, but I want to fight her too,” Julaton was quoted as saying. “We will meet. She can run, but she can’t hide.”

Hardy wasn’t at all too happy about this and said she would deal with Julaton after she gets past Williams.

“All of a sudden I’m reading this s— about how I’m running away from her. I’m like who the f— is she? I haven’t even heard her name in like eight years. Right now the focus is on Bellator 185. We can talk more about this at the post fight press conference.”

“I have a fight tomorrow. It’s really disrespectful to Christina Williams and also to her opponent to be discussing a fight between us. You lose focus of what’s important. Right now I’m very cranky. So when somebody mentions something like that… don’t mention my ex husband or I’ll be really nasty. It’s more reactionary than anything. My brain is locked into Christina Williams. Post fight we can talk Ana, Ana, Ana all day. Right now we talk Christina.” 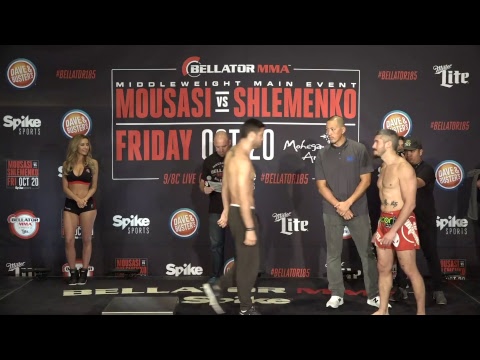 Check out the Complete Weigh-In Results of Bellator 185

WATCH: Conor McGregor Lashes Out At Fan For Recording Him

Salvador Sanchez - Jan 27, 2017 0
Maybe he was just having a bad day? UFC lightweight champion Conor McGregor is always a hot topic these days. Since winning the featherweight belt...