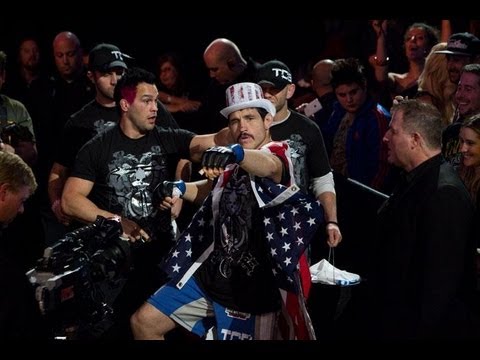 Over the years Tom Lawler became infamous for using his weigh-in entrances and walk-ins as a chance to impersonate fighters and celebrities.

Fans began to eagerly await Lawler’s appearances in the UFC due to the guaranteed belly-laughs as he dressed up and imitated everyone from old-school octagon stars like Dan Severn and Harold Howard (including performing his infamous scissor flip-kick on-stage) from the UFC’s early years, through to the infamous UFC fan ‘Just Bleed Guy’, pro-wrestler ‘The Shockmaster’ and even Conor McGregor, complete with a stuck-on chest tattoo!

Four Champions Who Have Been Accused Of Ducking Challengers

Gentleman Jeff - Mar 14, 2017 2
Never before in the history of mixed martial arts have champions been so open about ducking top contenders. It has become so commonplace for...