It’s Tough Enough Making Your Debut on the Undercard of a UFC Event… Imagine Finding Yourself in a Title Fight Against One of the Best in the World? These Guys Were…

The UFC is seen as the pinnacle of the MMA world. Everybody wants to end up there at some stage. While they might have more competition now from the likes of ONE and Bellator, it’s still fair to say that the UFC sets the gold standard for mixed martial arts.

Throughout the years they’ve poached the very best talent from fighters who’ve fought out their contracts with rival promotions. They’ve also bought up promotions like Strikeforce, amalgamating their best talent into their own roster. It’s also true that some fighters have found themselves in title fights because of a dearth of talent in certain UFC divisions – like women’s featherweight.

So today, we’re going to take a look at ten different fighters who found themselves in a title fight on their UFC debut. Some won their fights, while some lost badly. But they all took the opportunity to see their name in lights. 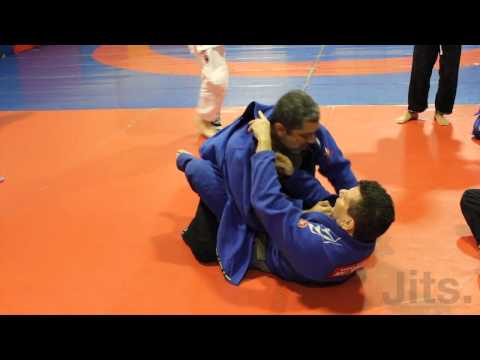 Andre Pedeirneras is definitely best known for being the head coach of Nova Uniao in Rio De Janeiro. ‘Dede’ has trained the likes of former heavyweight champion Junior Dos Santos and featherweight GOAT Jose Aldo. But did you know that he was also an MMA fighter in his own right? Or at least he was briefly…

At the time, Pat Miletich was the UFC welterweight champion. They lacked quality opposition to fight the 24-24-2-2 fighter, so they brought in Pedeirneras (1-0 in MMA) to fight him for the title. The Brazilian was an expert in BJJ but got overwhelmed by the actual MMA fighter. As you would expect. Still, he’s one of the greatest coaches in the sport’s history.

Cris Cyborg is possibly the most feared female MMA fighter of all time. We’ve included two of her victims on this list because it says a lot about the UFC. The promotion has suffered from a deficit of talent at featherweight, so they brought in Russia’s Yana Kunitskaya to take on their Brazilian champion at UFC 222.

This made Kunitskaya one of the least known fighters in the history of the promotion to be given a title shot on their debut and it was also one of the most underwhelming main events of all time. Cyborg ran through the Russian in a single round, with a vicious TKO.

Video: Conor McGregor DESTROYS The Pads Like A Gangster For UFC...