Ex-UFC middleweight champ Anderson Silva was seriously unhappy with the judges that awarded Michael Bisping the win. A win ‘The Spider’ says was biased due to the home nation of Bisping being the venue. Check out the Brazilian’s accusations after the fight, via LowKickMMA.com:

“Here’s the deal, you can’t win one way, they try to take it away the other way. That’s it,” Silva said. “You saw how that went, right? So, there’s nothing left to say. I fought for you, and that’s it. Thank you for the support. My family, I’m coming back home, I’m fine. Mission accomplished, mission given, but sometimes it’s like in Brazil, total corruption.”

Another fighter, and former two time opponent of Anderson Silva also has an opinion on this fight. The man that knocked Silva out to claim his beklt at UFC 162, Chris Weidman feels ‘The Spider’ won this fight:

Wow! Good for Bisping but thought Anderson had last 3 rounds. He deserved it if you base it on complete effort. 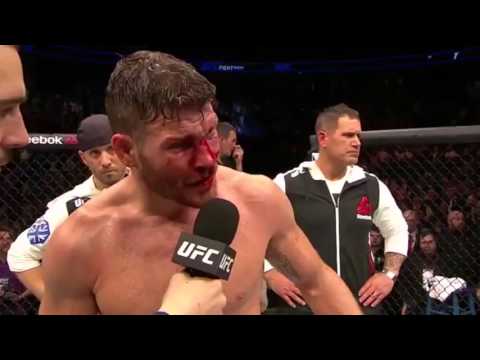 Gentleman Jeff - Jul 30, 2016 0
UFC fighters might not be as chiselled these days as they were before USADA testing came into play, but there are plenty of fighters that...