Recent evidence (i.e Nate Diaz’s Instagram account) has shown that the Cesar Gracie team in Cali is beefing Diaz up for this fight.  Some are saying that Nate could be pushing around 200lbs. This is not to second guess Nate’s coaches and teammates, but putting on mass for this fight with Conor is a terrible strategy, and one that very likely will backfire for him.

Conor was already too quick for him in the first fight, putting on weight will only increase that problem. The weight gain only gives him an advantage in power, but if you are too slow to ever catch up with the guy that isn’t going to help you much. 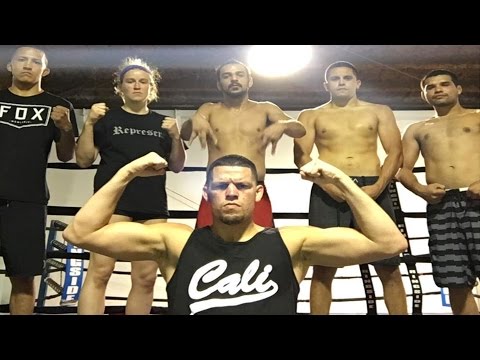 Five Reasons Jon Jones Is The Biggest Scumbag In MMA

Gentleman Jeff - Jul 8, 2016 0
Jon Jones was scheduled to be in the main event of the biggest card in the history of mixed martial arts, and then he...