Well, Rogan does have a point on this one…

Jon Jones is possibly looking at a 4-year suspension from USADA. While it might not be a career-ender, his most recent drug test failure has shattered his legacy.

Fans of Jones’ were able to write off his last failed drug test as having just been a poor decision to take over-the-counter sexual aide pills. It didn’t necessarily mean he’d been cheating his whole career, but this latest drug test failure signifies exactly that.

Jones didn’t clean up when USADA came in, he just looked for things he could ingest that USADA couldn’t find. The only problem is USADA has evolved their testing techniques in ways they aren’t letting fighters know about.

Has Jones Been Cheating His Whole Career?

Former Jon Jones opponent, and established PED expert, Chael Sonnen, had this to say regarding the possibility that Jones has been using PEDs his whole career.

“All I can tell you is that I had a higher juice concentrate that Tropicana, and he pushed me around like a mack truck vs a volvo,” he said. “I think for the better part of his career, that seems to be how it works.”

The idea that Jones was taking PEDs during his epic light heavyweight title reign puts an asterisk next to every fight he’s had. We don’t know if Jones is the greatest fighter who ever lived or a guy who cheated his way to the top.

Also due to Jones’ 3rd drug test failure, we will never actually know if Daniel Cormier is the greatest light heavyweight in the world or the guy who keeps being given the title when Jones has it stripped.

Cormier would be 42 years old by the time Jones would be reinstated. He had this to say regarding possibly facing Jones again.

Joe Rogan Labels Jon Jones “the Worst F–K Up Ever

Rogan spoke at length about Jon Jones’ latest drug test failure on a recent episode of his podcast. His guest for the show was former UFC heavyweight, Brendan Schaub.

“Here’s the thing, we don’t know what was really going on now,” Rogan said on his podcast. “Now, I think we are allowed to have complete, open speculation with zero concern for being respectful. After the dick pill thing, you gotta go, ‘Look, man, the dude was partying, he was taking some dick pills.’ Coke? I don’t give a f–k about coke, that’s not helping you. Then you hear about this and you go, ‘Wait a minute, what is this?’ I want to know what this is.”

“Was he doing this during training? Did this amp him up, did this help his work rate, did this make him more aggressive and more confident in training? Did it add to his confidence when he was fighting? What is this? We don’t know.”

Check out Rogan referring to Jon Jones as “the Worst F–K Up Ever” in the video below. 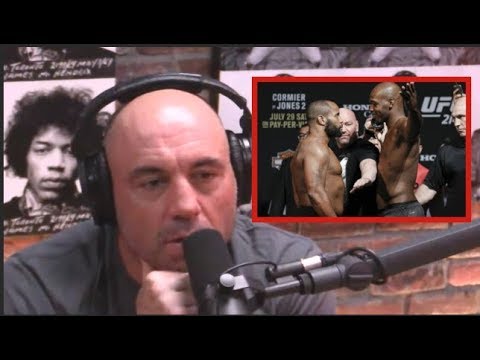 UFC Fighter vs. US Soldier Ends In Quick Knockout

Looking at 7 best sites for buying Instagram likes and followers...

Francis Ngannou Responds to Stipe Miocic Trolling Him on Twitter