Nick Diaz has been placed on provisional suspension and is facing further sanctions based on a somewhat unique USADA violation. Diaz is the first fighter to be suspended under the program’s rules regarding athletes providing details of their whereabouts. According to USADA, Nick was not where he was supposed to be on 3 occasions within a 12-month period, and that is a violation of their rules.

We haven’t seen Nick Diaz fight since January 31st, 2015. He dropped a decision to Anderson Silva that night, and would later fail a drug test for marijuana. It was Nick’s 3rd time testing positive for the herb after a fight.

Marijuana has the capacity to be a safe alternative to opioids and medication for various illnesses. Some debate whether it should be listed as a performance enhancing drug, however. Since there are pain-reducing effects from marijuana, many say it should remain a banned substance. Others feel it unfair to ban something so many fighters enjoy for recreational and medicinal purposes.

NSAC chairman, Dr. Tony Alamo, had this to say regarding Nick’s drug test results and his performance that night:

“Mr. Diaz was 175. This creates a unique situation. I was there at this fight and believe that you were intoxicated and… that it made you numb to the pain. Did it help you win? I think it did.”

The idea of marijuana being a performance-enhancing drug is interesting, but it’s difficult to rationalize putting it in the same class of substances as steroids or human-growth hormone. Yet still, NSAC and USADA have put a target on Nick and seem intent on suspending him for as long a period as possible.

In a recent interview, Diaz claims that it’s USADA’s fault for showing up to places where he plans on smoking a bunch of weed:

“They know where I’m at though. Somebody over there is not doing their job. I mean realistically, they showed up to one of my dispensary signings. Like I said, I gotta do what I can with what I have to work with when I’m not fighting. The whole cannabis industry thing is on hit right now, so yeah, I’ll book an appearance over there and I’ll go and smoke a bunch of weed and it’s a good time. So of course, word is out I’m gonna be here, they show up.”

Diaz would continue to say that he’s not a hard person to find. If USADA wants to know his whereabouts they can follow him on social media.

“I’m not hard to find, I’m on Snapchat and Instagram every day.”

The problem is USADA has different systems for tracking fighters locations, and are not used to having to follow their social media accounts.

The full interview can be viewed below: 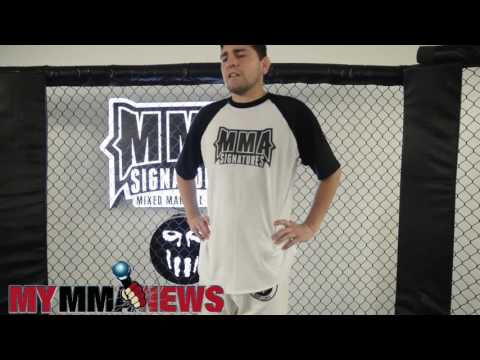 Salvador Sanchez - Feb 18, 2016 0
Is men hitting women justified? You could ask the same question of these five women beating on one poor girl, until this heroic man...

Which Are Some of the Parimatch Promotions That You May Use...