According to the UFC, Francis Ngannou has the hardest punch in the world. The Cameroonian heavyweight fighter measured 129,000 units with a strike at the UFC performance center. Now imagine his bare knuckles connecting with your skull?

Soon this is going to be standard. Bare Knuckle boxing is set to make its professional debut. It’s truly an ancient sport, as brutal and unfiltered as it can get. Irish gypsy clans have perhaps made it most famous as a way for them to solve family feuds.

Billed as the ‘purest form of hand-to-hand combat allowed by law’, a live event is set for Saturday, June 2 in Cheyenne, Wyoming. Bare Knuckle FC President David Feldman has told MMA Junkie Radio why it’s going to take off as the next big thing in combat sports.

Feldman is adamant that the event is going to work. He points to the success of the UFC which many people had written off when it first started off 25 years ago. The Bare Knuckle FC president even suggested that he was inspired by the company’s success. He said:

“We figure about every 25 years, it’s time to do something new, and 25 years ago Art Davies started the UFC. So 25 years later, we’re going to come back to bare-knuckle boxing.”

There is, of course, a big difference between MMA and bare-knuckle boxing. The latter will only allow punching. Hands can be strapped, but the knuckles must be uncovered. Clinches are very quickly broken up with the focus entirely on striking.

A lot of studies show that bare-knuckle boxing is actually safer than regular boxing. UFC commentator Joe Rogan has long been a proponent of removing gloves in MMA. The padding effectively creates a weighted structure that increases the trauma inflicted on the opponent. Feldman agrees. He explained in layman’s terms:

Another risk that bare-knuckle boxers face is the risk of broken hands. This makes them more selective with their shots, further reducing the trauma taken by the opponent. Faces are absolutely pulped though. No denying that. 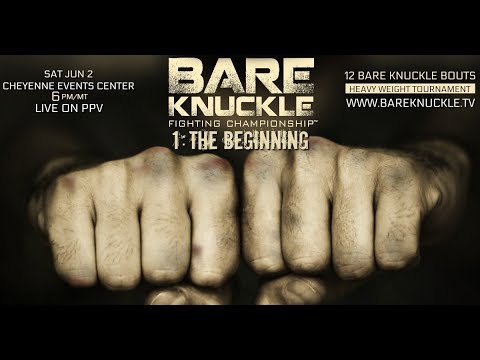 Bare Knuckle FC has some big names lined up to fight in Cheyenne. Former UFC heavyweight champion Ricco Rodriguez and his UFC compatriot Joe Riggs are set to participate. A number of other Bellator and assorted MMA names are also involved.

Fights will take place over five to nine rounds, with each lasting for two minutes. The dream for Feldman is to usher in a new era of combat sports. It sounds intense and it will be fascinating to see how audiences respond. If you can’t make it to Cheyenne Ice & Events Center, it will also be available on pay-per-view.

Salvador Sanchez - May 11, 2016 0
Mixed martial arts is a very dangerous sport, one that pits trained professional fighters against each other in a battle of speed, power, accuracy,...

PIC: Andrea Lee’s Abusive Husband Jailed After 9 Months on the...