Conor McGregor is a very rich man, so you can guarantee that every day his agents and representatives receive many ludicrous offers for a potential fight or change in career path. He’s been linked to Hollywood roles, a move to the WWE, as well as multiple boxing matches.

The Irishman is currently coming off the back of a two-fight losing streak, to Floyd Mayweather and Khabib Nurmagamedov. He needs to pick his next opponent very carefully so that he can potentially get back on the winning train and remind the world why his rise was beyond anything the MMA world had ever seen before.

While a fight with Donald Cerrone is on the cards, John Kavanagh – McGregor’s head coach – has confirmed that the team have received a wild but genuine offer from China. Is it likely to happen? No. But it just goes to show that there are some crazy options out there for the enigmatic Irishman.

Kavanagh was recently a guest on The True Geordie Podcast, while he was in London. He revealed that they get loads of ridiculous offers every day – but now and again you get something legitimate that is so insane, you won’t believe it.

“I had a guy message me just a few days ago — a Chinese kickboxer who wanted to do three rounds with Conor for $5 million,” Kavanagh said “And he was going to put it in escrow. It wasn’t like he was just joking. Because again, I get a million messages like that a day, but you just don’t pay attention to them. But this guy was connected and it was a legitimate offer. But I know he (McGregor) wouldn’t do it.”

McGregor is a cash cow, it’s that simple. Although Khabib has stolen his thunder by being a genuine Russian, it’s well documented how ‘The Notorious’ was wildly popular in the Eastern powerhouse, and was offered citizenship and wealth beyond his dreams if he fought there. Kavanagh explained:

“You get the odd funny message like that. And like I said, it was a genuine [offer],” Kavanagh continued. “I know the boxing promoter well and he’s very well known. So he wasn’t going to come with an offer that wasn’t legitimate.” 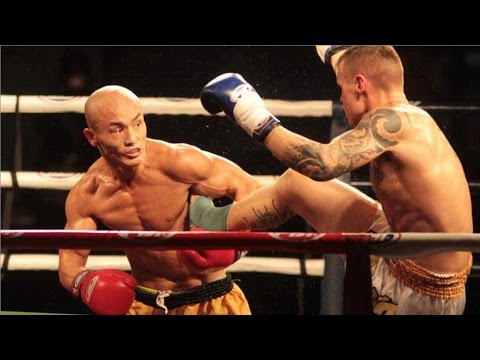 It’s all about the money. The Chinese kickboxer is believed to be Yi Long who is also being linked to a potential fight with Lethwei sensation Dave Leduc, who has himself confirmed he’s open to the fight. Yi Long is marketed as a ‘Shaolin Monk’ and is very popular in China. He’s fought the likes of Buakaw twice in his career and has a solid kickboxing record.

Yi Long mostly fights for the wacky promotion MasFight. It uses kickboxing rules, but only has one round of 9 minutes. You can only win by KO, which comes via a referee’s stoppage or after three knockdowns. If the fight goes the full 9 minutes, it’s ruled a draw. MasFight is a very entertaining addition to combat sports.

It’s highly unlikely that we’ll see McGregor in any kind of exhibition match like this in the near future. For a start, $5 million isn’t going to be enough to get him interested. Then you’ve got the fact that the UFC tie their fighters up tightly with their contracts. Who knows what the future will hold for ‘The Notorious?’

Salvador Sanchez - Feb 9, 2018 0
Nate Diaz has been all over the headlines again this week. With his links to a welterweight title fight with Tyron Woodley shut down...

Errol Spence Jr vs Manny Pacquiao will be for the RING...