It didn’t take long for Jose Aldo to respond to Max Holloway’s post-fight comments from UFC 206. Aldo spoke with media in Brazil on Monday, and according to the official UFC featherweight champion, he’s fighting Max Holloway at UFC 208.

“He’s saying ‘where’s Aldo?’, you have to talk to the UFC,” Aldo said in reference to Holloway’s post-fight comments. “About the fight in February, I already knew that, I only didn’t know who I would fight. It was between him and Pettis, whoever won the fight. It’s not something new. This fight will happen on Feb. 11.”

So don’t call him “Jose Waldo” in other words.

Following his defeat of Anthony Pettis in UFC 206’s main event, Holloway called out Jose Aldo, referring to him as “Jose Waldo” (i.e “Where’s Waldo?”), with the not-so-subtle insinuation that Aldo was ducking him.

Holloway seemed to back away from committing to a quick-turnaround fight later that night however, stating he wouldn’t mind spending the holidays with his family instead of training. 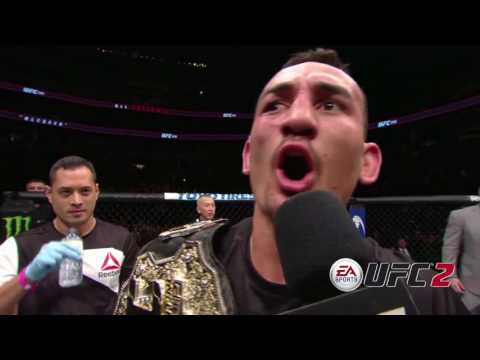 Aldo’s last fight was UFC 200 in July, in which he earned a clear-cut decision victory over Frankie Edgar. The interim tag was removed from his featherweight championship just recently, following Conor McGregor’s vacating of the title.

Max Holloway vs. Jose Aldo in a title unification bout presents an interesting way for the division to start 2017. With Conor vacating the title, and the championship being back in the hands of its only other champion, the featherweight division could use new blood. Max Holloway represents the potential start of a new era in the division. Jose Aldo is an incredible obstacle to overcome however.

Holloway became just the sixth UFC fighter to ever achieve a 10-fight win streak at UFC 206. He joins names such as Anderson Silva, Jon Jones, Royce Gracie, Demetrious Johnson and George St. Pierre who have also accomplished the feat. He hasn’t lost since dropping a decision to Conor McGregor on August 17th, 2013.

As for Aldo, it was exactly one year ago today that he lost his title to Conor at UFC 194. It has been a trying time for the inaugural featherweight champion, who appears unlikely to get a rematch with Conor anytime soon. He earned a clear decision victory over Frankie Edgar at UFC 200 in his only fight of 2016.

Lack of Headliners and Champions in Early 2017

UFC 208 goes February 11th 2017 from the Barclays Center in Brooklyn NY. Originally this was to be the UFC’s second PPV of the year, but a January 21st event from Anaheim was postponed due to lack of available headliners.

Most champions and/or big-draw fighters are unavailable until at least the spring. Conor is on a 10-month sabbatical, Ronda could be retired in a few weeks, Jones is suspended till the summer, GSP hates the company, Nate’s waiting for Conor, and many other big names just fought at UFC 205. Holloway vs. Aldo would be the first title fight booked for 2017, though a date for Bisping vs. Romero could be announced soon as well.

With tickets set to go on sale for UFC 208 later this week, expect an official fight announcement soon.

How to find an online casino and not to make a...

Joe Rogan Finds Out What Jon Jones Tested Positive For &...