The first time we saw this happen to Conor McGregor was at UFC 196, in the second round of his fight against Nate Diaz. ‘The Notorious’ had been comfortably battering Diaz up until the midpoint of the second round. Suddenly his sharp punches, which were landing with precision and speed, just lost their snap and McGregor slowed down dramatically.

We all know what happened next. He was caught by Diaz and submitted. In their second fight, he gassed out again but managed to find a second wind, and do just enough to win the fight. Meanwhile, after four rounds of high-volume striking against Floyd Mayweather, the Irishman once again lost power and was breathing heavy.

Now Georges St. Pierre’s coach Firas Zahabi has explained why exactly the most divisive figure in MMA just suddenly loses energy. In an appearance on Joe Rogan’s MMA Show, he broke down the exact reasons.

According to Zahabi, one of the main reasons behind McGregor’s tendency to gas out is biological. It comes down to his body type and the fact that one of his most powerful weapons can also become his downfall as the fight goes on.

McGregor has incredible power in his left hand, with the capability of stunning opponents and dropping them suddenly. However, that takes a lot of energy and if you can take him past a couple of rounds, then suddenly it becomes much more tiring. It’s similar to Francis Ngannou in a lot of ways.

The coach went on to explain how Floyd Mayweather beat McGregor. Although the American was a massive favorite going into their fight last August, a lot of people still believed that McGregor, as a high-level martial artist still had a decent chance of landing a knockout blow early on. Zahabi explained how Mayweather reacted to this:

“McGregor, look at his stats. It’s all round one knockout, round two knockout (using) his fast-twitch, high-leverage left hand. If you take him into deep waters, his fast-twitch muscle fibers cannot metabolize with Mayweather.

Mayweather’s so smart, he let McGregor work for three rounds. ‘I knew you’re getting excited, keep working. And when you have nothing left, I’m gonna put you out.’ That was such a brilliant strategy.” 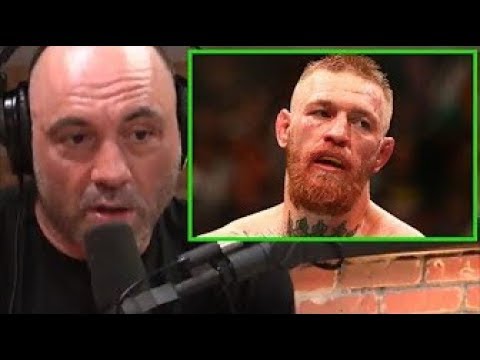 Zahabi used Nick Diaz as an example of a fighter without massive knockout power, who can use volume to overcome their opponent. McGregor has one-punch KO power. Diaz doesn’t but has won by TKO multiple times with a high striking output. He explained

It really makes a lot of sense. If you can spare three hours of your life, you should give the podcast a listen, and scroll back a few episodes and watch the one with John Danaher. It will really show you why Georges St. Pierre was on top of the world for so long. They’re just different level tacticians.

Darren - Nov 14, 2018 0
Well Now... Donald Cerrone Has Intensified Rumors That He is Set to Fight Conor McGregor in a Clash That Has Seized the Imagination of...

Jake Paul and Tyron Woodley faced off for the very first...