Currently riding a fantastic nine-fight win streak, Tony Ferguson gets his first chance at UFC gold against Kevin Lee. Taking place at UFC 216, the clash of Ferguson vs. Lee is not for the undisputed title, though.

Conor McGregor is the current lightweight champion but is yet to defend the belt. Having only recently fought Floyd Mayweather in a boxing match, McGregor is unlikely to compete again this year.

Although ‘The Notorious’ fought twice in 2016 between August and November, it seems the Mayweather madness has drained him. What’s left in his wake is a lightweight division in desperate need of a champ.

Even though he’ll likely be back in early 2018, McGregor’s first defense won’t be against the top two in the division. Step aside Khabib and Tony, McGregor is hunting the trilogy fight with Nate Diaz.

‘El Cucuy’ told Submission Radio about his feelings towards Diaz/McGregor 3. Obviously, it’s another fight focused on selling rather than rankings, and Ferguson’s message to his rivals and the UFC is clear. Per MMAFighting.com:

“I believe that they absolutely need to (make McGregor face me). If that’s my belt and he has the belt, they need to unify both belts. F**k that Nate Diaz three shit. Both those b**ches f**in – they want to try and act like they want to go and make money. Nate don’t want to fight. He’s trying to recover from a f**king hit that he took with his management and all that other things. McGregor’s gotta defend or vacate.

“In ultimate reality, I don’t give two f**ks. The fight that’s the most important at hand is the one that’s most important and that’s the one motherf**kers need to get excited about, because obviously everybody f**king knows what the f**k I can do to Nate Diaz.

“And look, there goes my swearing jar. I haven’t acted like I needed to get my s**t together for my kid, but like, straight up, you guys want me to talk about those other fighters? They’re a bunch of b**ches. They want to go and they want to talk – look, we can f**king put this s**t out on video and we can make this a money fight. If you guys really wanna get gangster, let’s do that s**t. 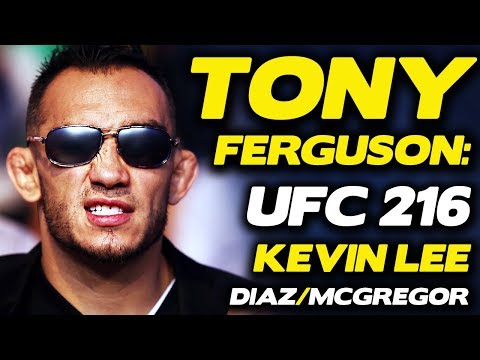 “If you want to f**king put on money, let’s put it on paper, Nate. I will f**king Stockton slap the s**t out of you kid. You don’t f**king know me, dude. Straight up. Same thing with Conor McGregor. You guys are a bunch of b**ches and you guys are a bunch of fakes. If you wanna fight while we’re here in the UFC, why don’t you come and sign on the dotted line after you get your s**t together and defend your f**king belt, Conor.”

“Absolutely. I mean, let me take Kevin Lee out of the picture for one second because every time that dude opens up his mouth he’s so irrelevant it’s not even funny. He might be fighting for the belt, but it’s still a privilege, I’m giving him the opportunity. So that b**ch, when he’s saying it’s a real belt or a fake belt, he’s saying the same s**t that I said but he’s reiterating it. If it’s real enough if I can see it, if I can feel it and I can hold it, that b**ch is real enough for me.”

Darren - Dec 20, 2018 0
This is the Beef That Keeps on Giving... Jon Jones is Angling for a Trilogy Fight With Daniel Cormier at Heavyweight, and He's Been...