Some people are big fans of Ariel Helwani, but others can’t understand why. Common complaints about Helwani include his pandering to fighters who will appear on his show, and his bias towards fighters that accept interviews with him. Some find it hard to watch or listen to Helwani as he panders to and tries to make the fighters like him.

Other complaints include Helwani’s propensity to make the stories more about him than the fighters. Case in point was after he was kicked out of an event for reporting on Lesnar’s signing, Helwani made his story the lead on his show that week. He even mentioned how sad he was to not get to see Bisping achieve his dream (he even cried on air). Of course he wouldn’t lead his show with the story about how Bisping won the title, he’d rather make it about himself.

Nick Diaz has also not been a fan of Helwani’s in the past, as evidenced by this interview from Strikeforce. 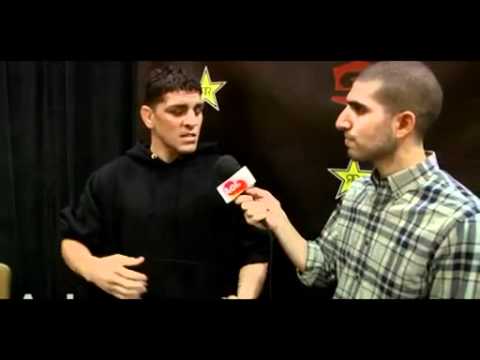