Many fans felt sorry for Shamrock during this rivalry. He was so out-matched both physically and verbally that he never stood a chance.

Never was this rivalry more hilarious than during a press conference when Shamrock attempted to intimidate Ortiz. Shamrock cut a bad pro-wrestling promo directed at Ortiz, but Tito’s reaction was pure gold. Ortiz paused briefly, let the promo sink in with everyone, then just burst out laughing. That was all it took to get under Shamrock’s skin, but all he could do was push over a chair in frustration.

Before he left for WWE in 1996, Shamrock was one of the top fighters in the world. A true MMA pioneer, he was the first to show the world Royce Gracie could be beaten. At UFC 5 Shamrock fought Gracie to a draw, but many credited him as being the more dominate fighter. When he returned to the sport in 2000, MMA had passed him by. Since returning, Shamrock has gone 5W-12L. His rivalry with Ortiz proved to the world Shamrock no longer had what it took to hang with the elite of the sport. 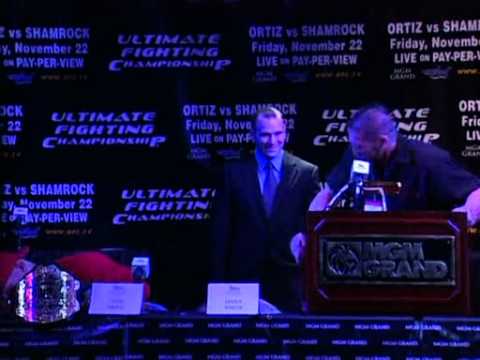